Cutie patoties Azad Rao Khan and Aaradhya Bachchan are best friends at Dhirubhai Ambani Public School and every once in a year they treat us with their amaze performance on stage together! While their proud parents Aamir Khan- Kiran Rao and Abhishek - Aishwarya Rai Bachchan play the perfect audiences, it is amazing to see how these kiddos bond! This time around on the occasion of Dusshera they participated in a Ramayana play and donned on the role of Ram and Sita! Their videos have been leaked and circulated on social media and one must say, they look beyond cute in this. A twitter user captioned the video, “Lil Princess #AaradhyaBachchan Playing as SITA and #AzadRaoKhan as Rama at Dusshera Assembly in their school... #AishwaryaRaiBachchan #Aamirkhan #AbhishekBachchan.” We want to know about their illustrious parents think of this little skit put up by the kids! 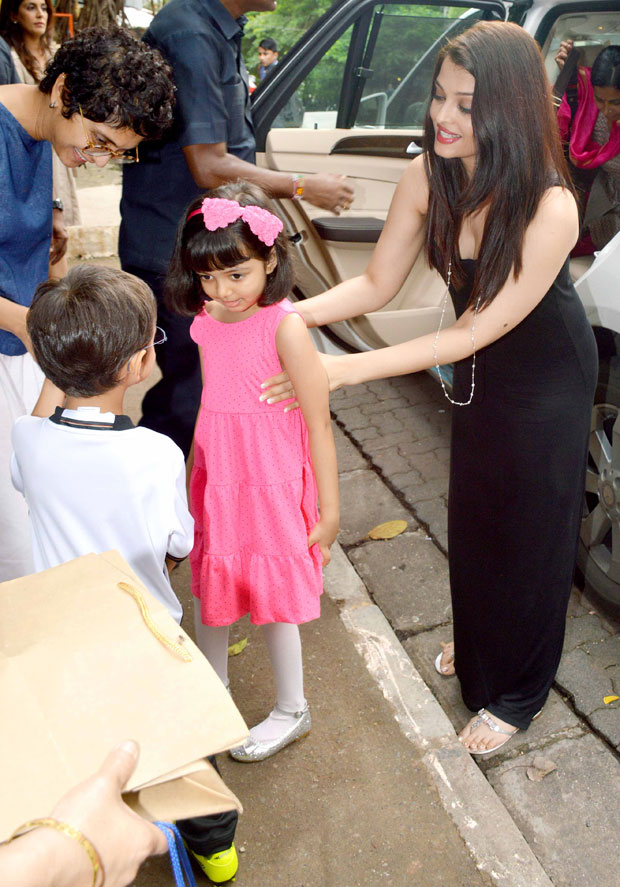 Aishwarya Rai Bachchan and Abhishek Bachchan have just returned from a vacation with Aaradhya on the occasion of the beauty queen's birthday. Aamir, on the other hand, just released his magnum opus Thugs Of Hindostan. The film opened to mixed reviews and has disappointed the market overall.

Also Read: When Amitabh Bachchan came to Bombay for the first time