Shah Rukh Khan - Preity Zinta - Rani Mukerji starrer Veer Zaara turned 14 on Monday, November 12. The film was a story about a timeless romance. As the film completed 14 years today, Preity Zinta remembered late Yash Chopra and thanked the cast and team of the film for the unforgettable memories. 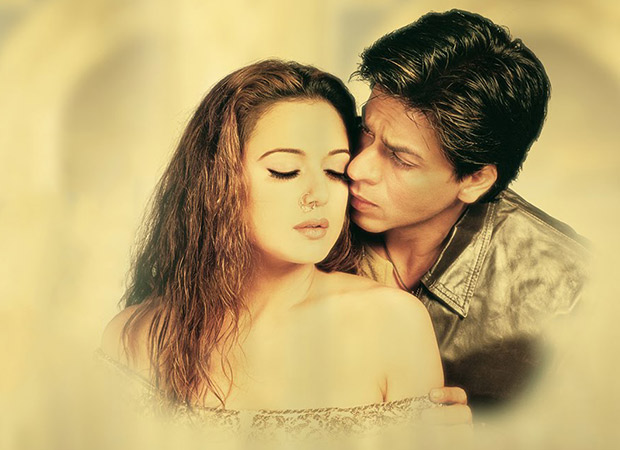 Going down the memory lane, Preity remembered the moments from the film and wrote, "Remembering Yash Uncle today as it’s #14YearsOfVeerZaara. I feel so fortunate to be part of this timeless, decent & full of heart film! Thank you @iamsrk, #RaniMukerji & the entire team for this unforgettable experience. #YashChopra #Timeless #Romance #Memories #Ting !”

Veer Zaara was a story about love, separation, courage and sacrifice. Squadron Leader Veer Pratap Singh essayed by Shah Rukh Khan was a rescue pilot with the Indian Air Force. In the line of duty, he came across a stranded Zaara (Preity Zinta) - a girl from Pakistan who came to India to fulfill her surrogate mother's dying wish. Veer saved her life and his life is never the same again. Twenty-two years later, Saamia Siddiqui (Rani Mukerji), a Pakistani human rights lawyer on her first case, found herself face to face with an aging Veer Pratap Singh. He had languished in a Pakistan jail cell for 22 years and had not spoken to anyone all these years. And no one knew why. Her mission was to discover the truth about Veer and see to it that justice was served.

Remembering Yash Uncle today as #VeerZaara turns 14. I feel so fortunate to be part of this timeless, decent, inspiring & full of heart film! ❤❤ It’s sad we don’t love Like that anymore. Thank you @iamsrk, #RaniMukerji & the entire cast & crew for this unforgettable experience. #14YearsOfVeerZaara #YashChopra #Timeless #Romance #Memories #Ting !