The remake of the R Madhavan – Vijay Sethupathi starrer Vikram Vedha, which features Hrithik Roshan and Saif Ali Khan, has been the talk of the town in the run-up to its release. In fact, ever since the release of the film’s trailer, the audiences have been keenly awaiting the release of this action-packed entertainer. However, will Vikram Vedha, which comes close on the heels of Brahmastra entice the audience to venture into theatres is the question. As per reports, Vikram Vedha has opened on a surprisingly slow note, with occupancy rate over the morning and early afternoon shows pegged at 25%. 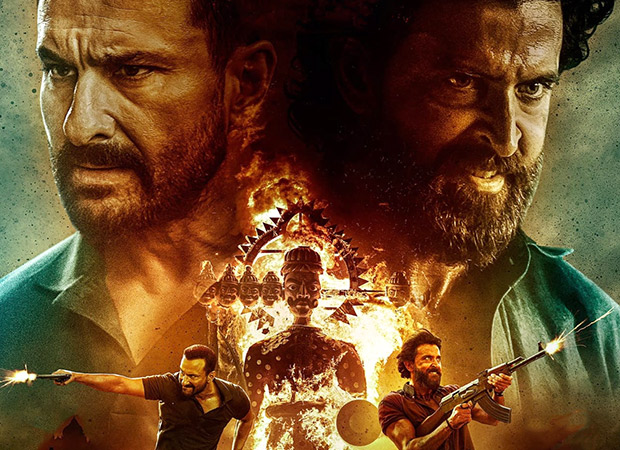 Surprisingly, Vikram Vedha, which saw a decent spate of advance bookings with reports claiming that the film, managed to sell approximately 1.50 lakh tickets across India as of Thursday, at 8.30 pm. Given this sale, the film, which has already managed to gross Rs. 3.75 cr. from advance bookings alone, was estimated to see a massive increase in collections with spot bookings, and single-screen ticket sales kicking in. While the film has recorded the third biggest advance of the year after Brahmastra and Bhool Bhulaiyaa 2, trade predictions state that Vikram Vedha, which has all the makings of an action entertainer, could easily emerge as the third biggest start of the year amongst the Bollywood films.

Currently, Vikram Vedha, which has received rather positive reviews, enjoys favourable word of mouth among the audience. Given these positive points, along with the wide release across 4007 screens in India, predictions state that Vikram Vedha could see its opening day business hovering around the Rs. 14-15 cr. range. If that was not enough, going further with the Navratri festivities in full swing, leading up to Dusshera, trade estimates claim that the business of the film is certain to see immense growth over even and night shows, with shows on the subsequent weekdays displaying a highly positive trend as well.