Tanhaji - The Unsung Warrior is set to be a good success at the box office. On Sunday, the film jumped further in a big way and that resulted in Rs. 26.08 crores more been accumulated at the box office. This is a very good number as it has now put the film on a very solid footing as the first day collections were Rs. 15.10 crores and from there till Sunday, it has been a constant upswing for the Om Raut directed affair. 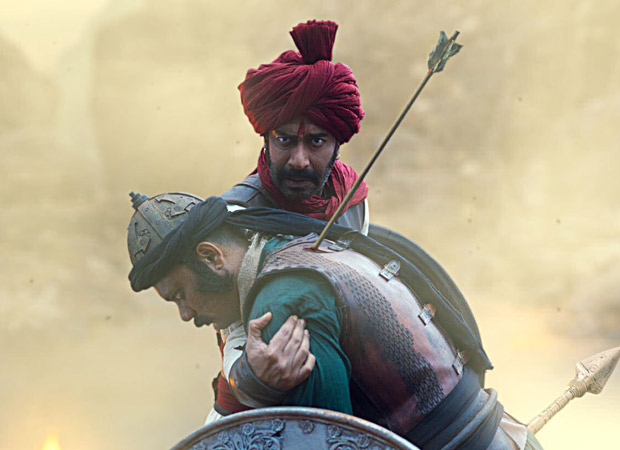 The film has now collected Rs. 61.75 crores and that's the kind of number which befits a biggie on its release. Today is Lohri which means it would be a partial holiday in certain parts of the country, especially up North. This is the region where the film still has good potential for growth and hence the holiday factor will further help its cause.

At the least, one would expect the numbers to stay in the double digit zone today. This means a fall of less than 50% is required when compared to Friday [Rs. 15.10 crores]. Given the kind of appreciation that the Ajay Devgn and Saif Ali Khan starrer has gained so far, that should be possible as well. That said, a number much higher than Rs. 10 crores would be further good news for the film and if that indeed turns out to be the case, Tanhaji - The Unsung Warrior could practically go anywhere.