Street Dancer has seen another jump in its collections on Sunday as early estimates suggest day 3 in the range of Rs. 16.80 to 18.30 crore taking the opening weekend total around the 40 crore mark. The film, starring Varun Dhawan, Shraddha Kapoor and Nora Fatehi, has recorded a decent opening weekend, as the collections on Sunday should have touched the 20 crore mark. Sunday blended with Republic Day has acted like a double holiday for the film, however the requisite growth is missing. The jump has come primarily at the metros as the small centers have just not come on board for the film despite the popular music and bankable young star-cast. The weekend total would have been higher by at-least 5 crore had it not faced a stiff opposition from Tanhaji in the Maharashtra circuit. 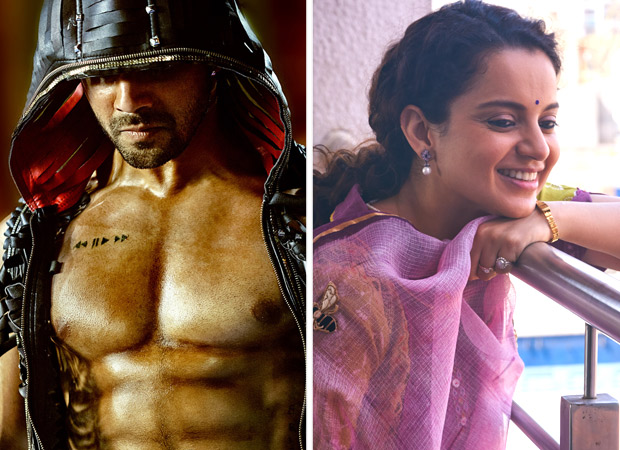 It’s a wait and watch scenario for now as the Remo D’souza directorial is a costly preposition and a healthy trend from Monday is essential to reach the breakeven point. A 50 crore weekend would have set the good base for a respectable lifetime total upward of 100 crore, but at the moment, it is looking to settle much below the coveted number, however it is too early to make the assumption of lifetime collections as it’s the Monday biz that would throw some light on where the film is headed. A 100 crore plus business is needed to be termed a theatrical success, considering that ABCD 2 collected similar numbers way back in 2015.

The second release of the week, Panga has shown another jump in collections as the film has raked in collections in the range of Rs. 6.90 to 7.90 crore, taking the weekend total around the 15 crore mark. The three day biz is marginally lower than another recently released female centric film, Chhapaak. Panga has shown a much better trend that then Deepika Padukone film which has given it a chance to prove a successful venture at the box-office if it holds well on the weekdays. Like Street Dancer, the weekend of Panga is just about DECENT. The film is in it’s early days but a Monday higher than Friday is needed to record a steady trend and move closer to the successful tag. Lifetime collections upward of 40 crore is needed for the film to be termed a success and there is a long journey ahead for this Kangana Ranaut starrer. The best faring circuit is Delhi and Punjab, and even Mumbai has come on board over the weekend despite the staunch opposition from Ajay Devgn’s Tanhaji. The jump should have been higher considering National Holiday, however Panga is more of a Saturday film, due to appeal for the plex audience.

Tanhaji was on a rampage on its third Sunday as estimates suggest that the 17th day collection would be more or less in the same range as the fourth day biz of the film. The film is around Rs. 12.65 to 13.65 crore mark on its Sunday and has missed out on creating an all-time record for a Bollywood film for highest collections on third Sunday.