The Irrfan Khan – Saba Qamar starrer Hindi Medium that released in China over 20 days ago has managed to create a benchmark of sorts. After opening with a bang at the China box office the business of the film witnessed stead growth in its first week. Since then despite the spate of releases hitting screens in the Chinese market Hindi Medium has managed to hold strong crossing not just the Rs. 100 cr mark but the Rs. 200 cr mark as well. 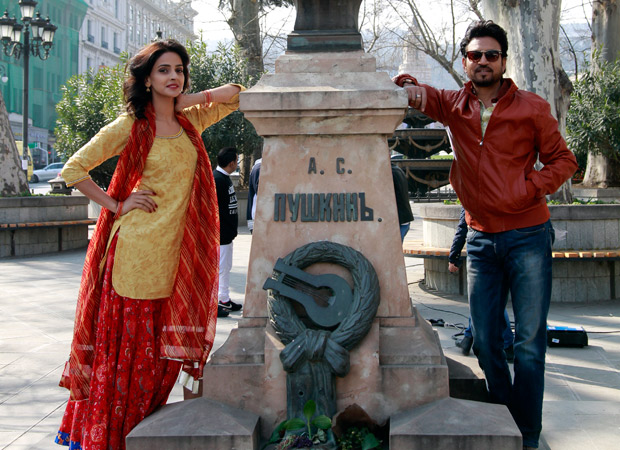 Now on Day 22 at the China box office the Saket Chaudhary directorial, Hindi Medium has managed to collect a further USD 0.14 million [Rs. 0.95 cr] taking the total collections of the film to a massive USD 32.66 million [Rs. 218.31 cr]. However, despite still managing to hold strong, the film that has consistently featured in the daily highest grossers list at the China box office has now slipped from the fourth position to claim the seventh spot on the list.

But, given the current trend, expectations are that Hindi Medium will continue its run at the China box office, till the release of the latest Hollywood actioner hits screens later this week. Going by this the film is likely to wind up its run at within the Chinese market with collections hovering around Rs. 220 cr.