Shah Rukh Khan’ Zero which released on December 21 was expected to open big given the holiday season and the staggering number of 4380 screens allocated to it. The movie has however garnered Rs. 20.14 crores which is lesser than expected. The film was supposed to have ended the year with a bang but going by the First Day trend, this seems unlikely. Aamir Khan's Thugs Of Hindostan is at number one after collecting Rs 52.25 crores on Day 1 and it is followed by Ranbir Kapoor's Sanju at Rs. 34. 75 crores. Following is the detailed analysis of all major films which released in 2018 and it's Day 1 collections. 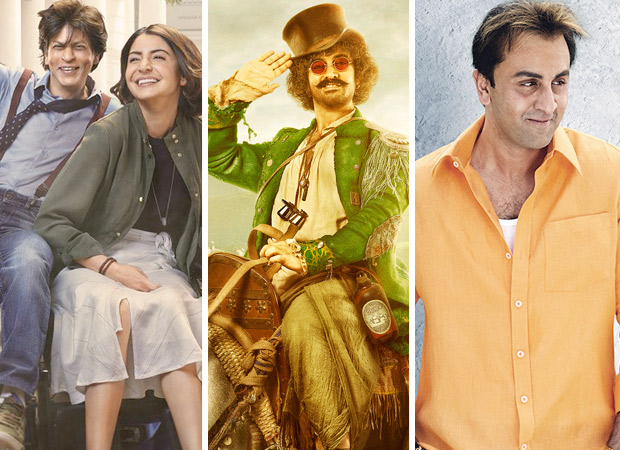 Right now, Zero is ranked number 8 on the list. The Shah Rukh Khan, Anushka Sharma and Katrina Kaif starrer failed to not only beat Thugs of Hindostan and Sanju but also Race 3, Gold, Baaghi 2 and Padmaavat and 2.0.

Currently, Zero has no competition in theaters till next week. Rohit Shetty and Ranveer Singh's Simmba is to release on December 28. It remains to be seen if Zero collections pick up after first day. In the meanwhile, check out the opening day collections of Zero while comparing the same to previous releases of 2018.