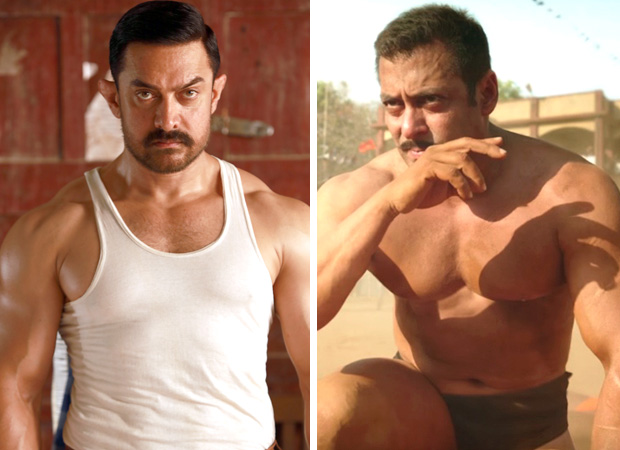 Yet again, it’s the usual suspects who are leading from the front as those in the business for over 25 years [Aamir Khan, Salman Khan, Akshay Kumar] are leading from the front. Shah Rukh Khan had an unusually quiet year though and so did Hrithik Roshan. However, 'dhamaka' is expected with their Raees and Kaabil. As for Amitabh Bachchan, he stays in the game even after four and a half decades!

Aamir Khan came, hit a six and is now counting all the moolah that is coming in! His Dangal has already set quite a few records and while 300 crore has already been surpassed and the film is already the highest grosser ever (after beating PK), the game is now big enough. As things stand today, the film is pretty much heading towards the 375 crore mark and it won't be surprising if bigger milestones are accomplished too.

One man who is continuing to churn out one film after another while keeping the budget and timelines under control and ensuring consistency is Akshay Kumar. He has a super-stardom of his own and that was most apparent when he became the only actor ever to score three triple centuries [Airlift, Housefull 3, Rustom] in a single calendar year. As a matter of fact, he has ensured extraordinary ticket sales at 366 crore!

Fan was a dream project but it saw a delayed release for itself. The film did open well but couldn't really cover the distance. That said, Shahrukh Khan was pretty much appreciated for the different choices that he was making as an actor. This was reaffirmed once he agreed to be a part of an experimental niche film like Dear Zindagi which came somewhere in between a special appearance and a leading man.

This turned out to be a major surprise of 2016! After Detective Byomkesh Bakshy, one waited to see how audiences would react to Sushant Singh Rajput playing M.S. Dhoni. Well, they were more than happy to embrace him with open arms, courtesy Neeraj Pandey's direction that allowed the film to not just take an excellent start but also score well on a consistent note. With this, Sushant entered the 100 crore club.

John Abraham didn't quite have a cracker of a start for him as Rocky Handsome fizzled out soon after its release. He did bounce back soon enough with Dishoom which was a quintessential 'masala' potboiler waiting to be grabbed by the audience. He could have scored a reasonably decent success with Force 2 but then the film arrived right at the onset of demonetization. One waits to see what John picks up next. 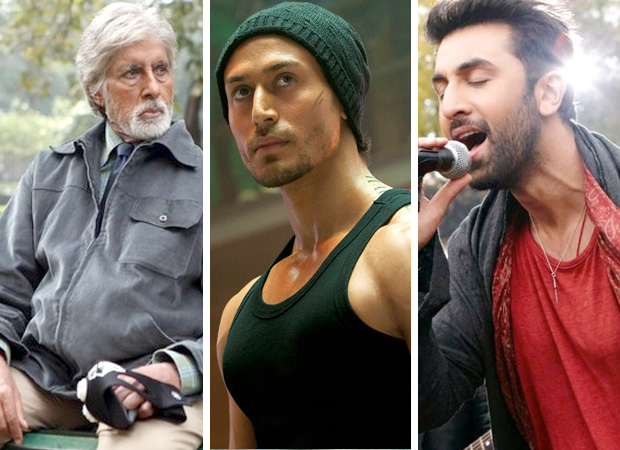 The legend still has it in him! This was more than apparent in 2016 when the combined collections of his three releases ended up going past the 125 crore mark. He started the year with Wazir where he played the central protagonist and the film emerged as a moderate success. His Te3n turned out to be a disappointment though but once trademark Bachchan baritone was heard in Pink, audiences were wooed again!

Tiger Shroff started his 2016 campaign with a bang once his Baaghi saw a double digit opening. The film grew well too and emrged as a solid Superhit. However, his next release A Flying Jatt could just not find much going for it around its release and though its start was reasonably okay, the film couldn't sustain itself well. This resulted in a mixed year for Tiger Shroff who would now be returning with Munna Michael.

Now this was a welcome relief for Ranbir Kapoor! Though after Besharam, Roy and Bombay Velvet he had a respite of sorts with Tamasha, the need of the hour was a bonafide hit. This is something that Karan Johar and Pritam gave him with Ae Dil Hai Mushkil. With the film, Ranbir has managed to strike back reasonably well and now it is upto him to leverage well by making some smart and commercial choices.

While working on varied genre of films, Sidharth Malhotra is making sure that he doesn't get stereotyped. This was evidenced in Kapoor & Sons which was miles away from his earlier releases like Brothers or Ek Villain. Audiences more than grabbed his act in Kapoor & Sons which emerged as a good Superhit. Later though, Baar Baar Dekho could just not do well despite Katrina Kaif and 'Kaala Chashma'. A mixed year!

When the promo of Shivaay was unveiled, it turned out to be instantly hot in trade as well as audiences. Hence, even though the film managed to enter the 100 crore club, one does believe that the Ajay Devgn acted and directed affair could have gone past some bigger milestones it had originally set out for. Nonetheless, now that Ajay is through with the film, it is time to move on to Baadshaho and Golmaal Again.

1. Only Hindi film releases have been counted (no dubbed versions)

2. Only India business has been considered (no overseas count)

3. Only lead roles have been considered (no cameos, special appearances)

4. Only those actors have been considered whose films have generated combined revenue of at least 100 crore at the Box Office

5. Only Box Office business has been considered (and not moolah generated from satellite, music, home video, other digital rights etc.)

6. All collections as per Bollywood Hungama source and research