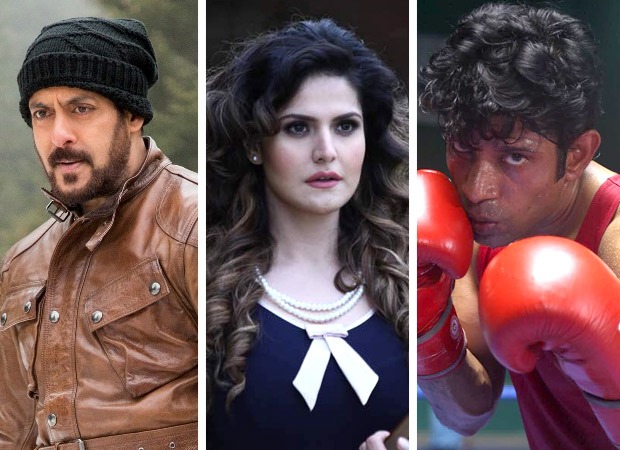 With new releases [Vodka Diaries, Nirdosh, My Birthday Song] hardly managing to make any mark, it was time for Christmas release Tiger Zinda Hai to enjoy the best run amongst all the Bollywood films in the running. The film brought in further Rs. 5.50 crore* in its fifth week and with this its overall numbers stand at Rs. 335.50 crore*. The film will fall just a little short of PK lifetime of Rs. 340.80 crore.

1921 was stable, although on a lower side, as its two week collections stand at Rs. 15 crore*. The film would have a lifetime number of around Rs. 16-17 crore which is better than what 1920 London [Rs. 15 crore] had collected at the end of its run. The Vikram Bhatt film has scored better than majority of horror films that have released since Ragini MMS 2.

Mukkabaaz has brought in Rs. 10 crore* after two weeks and may just about collect Rs. 1-2 crore more. The Anurag Kashyap directed film has scored lesser than the potential that it carried and may just have a better shelf life when it arrives on digital medium.

Kaalakaandi has concluded its run at Rs. 7.50 crore* total. This is a huge disaster for Saif Ali Khan and also put into question the genre of such urban multiplex focused films which are just not doing well currently.

Vodka Diaries had a very poor Week One with collections around Rs. 2 crore*. The film was the better received of the newer lot, both critically as well as from the footfalls perspective. However, it could well have released straight on web for better results. Ditto for Sanjay Suri's My Birthday Song which just couldn't find any audiences for itself and will fold up under the Rs. 1 crore mark. Arbaaz Khan's Nirdosh has been a non-starter too with hardly any numbers to talk about. The actor deserves better outings than these.