Tanhaji - The Unsung Warrior is now a superbly set film and is continuing to do wonders at the box office. After bringing in Rs. 8.17 crores on Monday, the Om Raut directed film had a very minor drop on Tuesday as Rs. 7.72 crores came in. That is truly negligible and now around Rs. 13-14 crores more can be expected to be accumulated between today and tomorrow. 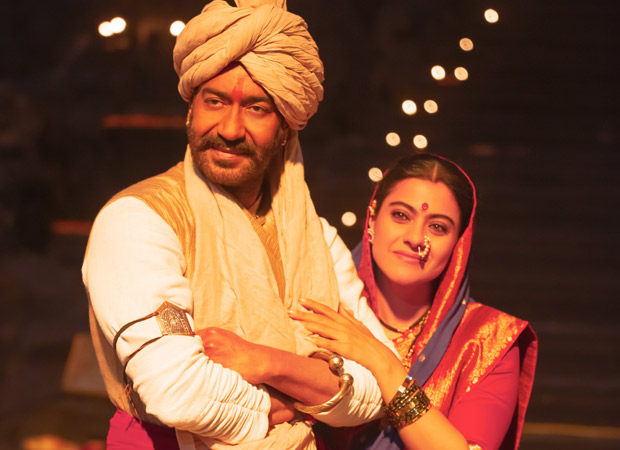 The film has already collected Rs. 183.34 crores and today it will go past the lifetime numbers of 2.0 (Hindi), Yeh Jawaani Hai Deewani and Bajirao Mastani. That feat would be remarkable indeed as it would happen in less than a fortnight for the Ajay Devgn starrer. The film would be quite close to the Rs. 200 crores mark by the end of second week and then on Friday it would enter the Rs. 200 Crore Club, hence achieving the feat in 15 days flat.

The period war drama is a film that deserves to go past the Rs. 250 crores mark and if not for Street Dancer 3D coming this Friday, it would have definitely achieved that milestone quite comfortably. However, the arrival of the Varun Dhawan and Shraddha Kapoor starrer means that there would be competition for sure. Though the film would still go way past the Rs. 225 crores mark, it would be the journey from there to the Rs. 250 crores target that would be closely observed.