Gap between Tanhaji - The Unsung Warrior and Jawaani Jaaneman finally diminished further as former collected Rs. 1.90 crores while latter brought in Rs. 1.86 crores on Wednesday. This is the closest that the two films have come to each other though former is in its fourth week while latter is in its first week. It would be interesting to see if the Saif Ali Khan starrer finally manages to get better than the Ajay Devgn film today. 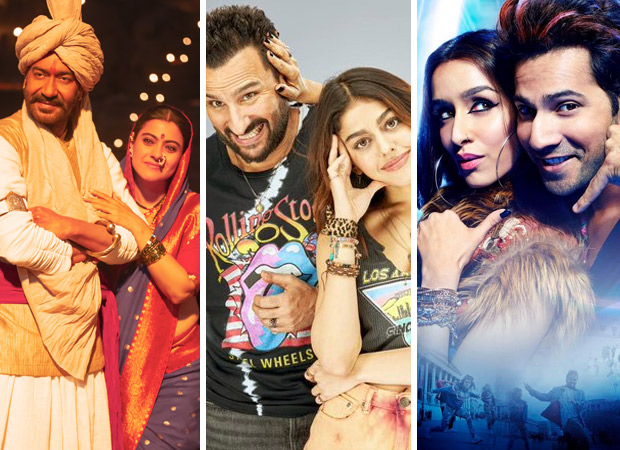 As for Street Dancer 3D, it is collecting only on the lower side with Rs. 1.25 crores more coming in. On Tuesday the collections were Rs. 1.35 crores. Though the drop isn’t that huge, the fact is that the film is on its way out. Currently standing at Rs. 70.21 crores, the Varun Dhawan and Shraddha Kapoor starrer would have minimum shoes allocated to it in the fourth week.