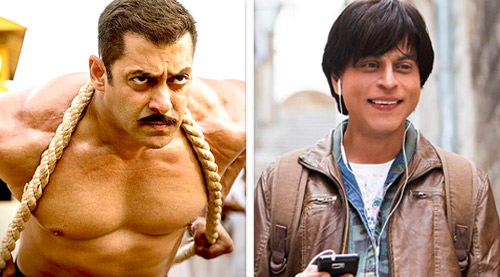 Earlier this week, we saw the release of the Salman Khan - Anushka Sharma starrer Sultan. Produced by Yash Raj Films and directed by Ali Abbas Zafar, Sultan had been making headlines much before its release. Slated to hit screens around Eid, Sultan had all the makings for a massive box office success within the Indian market. And the film lived up to expectations, wowing the audiences and critics alike while simultaneously recording massive box office collection figures. However, we aren't talking about the Indian market here; in fact we are looking at the overseas domain which over the years has developed into a prime market for films that cater to the mass audiences.

Here too Sultan has proved to be highly beneficial for its makers at the box office with Opening Day collections of approx. 3.04 mil. USD. Sultan that was made on a total budget of Rs. 90 cr, has out beaten the earlier release Fan, featuring Shah Rukh Khan that had collected 2.7 mil. USD. Interestingly, both films Sultan and Fan featured a more or less similar screen count in the overseas markets with Sultanreleasing across 1100 screens while the screen count for Fan was a little over 1100 screens. However, both films have managed to retain the top two slots with the third slot among the Top 3 Opening Day Grosser of 2016 in the overseas market being occupied by the multi starrer Housefull 3 that collected approx. 2 mil. USD.

Looking at the top three opening day grossers of 2016 in the overseas market what stands out, apart from the obvious that the Khans rule the roost, is the fact that the mega production house Yash Raj Films now features two of their releases among the top three.