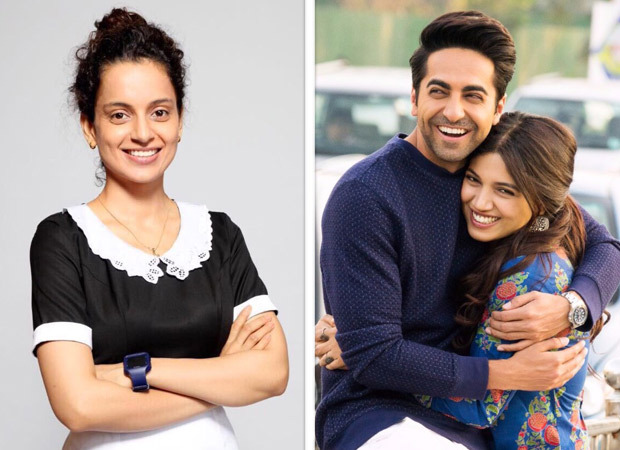 A couple of weeks back Ayushmann Khurrann's Shubh Mangal Savdhan had hit the screens. The film had taken an opening of Rs. 2.71 crore and was welcomed with good reviews and appreciation. Now Simran has arrived and the collections are almost similar, what with Rs. 2.77 crore coming in. The target audience for both the films is same which means favourable word of mouth can help it grow in days to come.

Shubh Mangal Savdhan had grown from strength to strength over the weekend. However, for Simran it may be a little tougher since the buzz so far is okay and the reviews are mixed. One can definitely not see a Saturday number which would take a 60%-70% jump. However, as long as there is even 20%-30% rise in collections, it may still be reasonable enough for the Hansal Mehta directed film.

Kangana Ranaut can take solace from the fact that when it comes to a film which she is carrying entirely on her shoulders, the collections are better than Revolver Rani [Rs. 1.50 crore] and Queen [Rs. 1.75 crore]. Of course, Queen was an altogether different ballgame and Revolver Rani was totally rejected. Simran falls somewhere in between and hence it would be interesting to see where does Simran eventually land up.