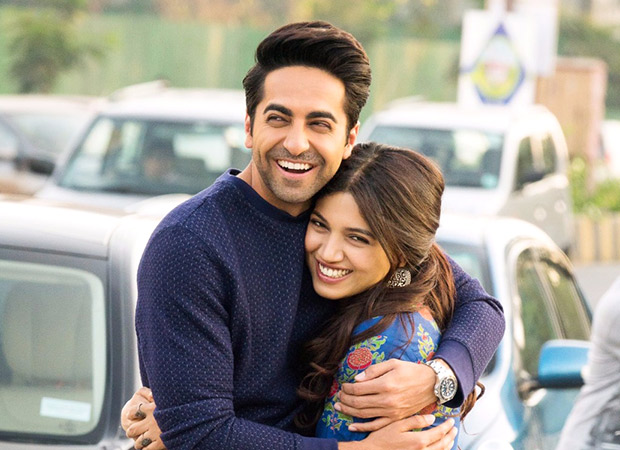 Shubh Mangal Savdhan is showing a remarkable hold at the Box Office. From Rs. 2.71 crore on Friday, the film has managed to hold on to Rs. 2.53 crore on Monday which is quite good, especially considering the fact that the ticket rates on weekdays are lower. This means there is not much of a difference when it comes to the footfalls between the first and the fourth day.

The film has collected Rs. 16.99 crore and the manner in which it is proceedings so far, the Week One numbers of Bareilly Ki Barfi [Rs. 18.72 crore] should be surpassed in 5 days itself. That is quite good for this RS Prasanna directed film since it has managed to do that despite a riskier subject and also lack of any popular songs.

Moreover, audiences clearly seem to have warmed up to Ayushmann Khurranna since they are stepping in for both his films that are running simultaneously in theaters, the other being Bareilly Ki Barfi which has now approached Rs. 30 crore.

Bhumi Pednekar now has three successes in a row after Dum Laga Ke Haisha and Toilet - Ek Prem Katha. For producers Krishika Lulla and Aanand L. Rai too, this is a hat-trick of successful collaborations after Raanjhanaa and Tanu Weds Manu Returns.

All in all, a 'shubh mangal' scenario for everyone associated with the film since the film is not just making good profits for its producers but also keeping the exhibitors happy due to steady footfalls in theaters. This one is already into the green zone and if the trend continues like this right through the week, it would emerge as a clean Hit too!