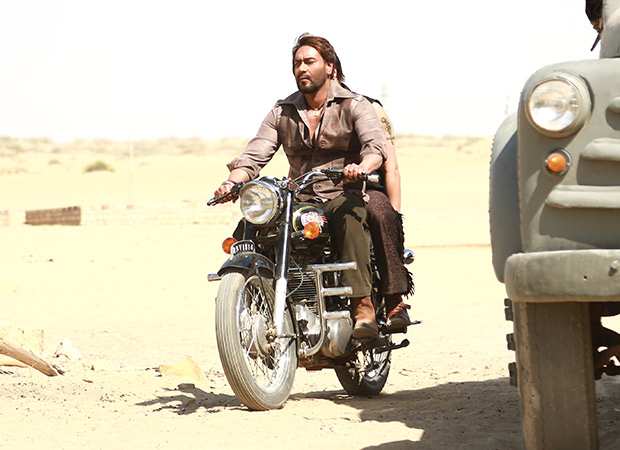 Baadshaho managed to hold on decently at the Box Office, what with Rs. 6.82 crore coming on Monday. The collections are fine enough considering the fact that there was quite some good footfall on Saturday and Sunday with more than Rs. 15 crore each coming in. That said, since the first day numbers were Rs. 12.03 crore, anything more than Rs. 7 crore would have been even better. That would have allowed the film to play in Rs. 5-6 crore zone right through rest of the weekdays.

The film has collected Rs. 50.12 crore so far and that has given a chance to the Milan Luthria directed affair that it would break even eventually. For the producers [T-Series] the film is in profits since they have managed to make profits on the table. It is time for distributors to start counting moolah now and they need around Rs. 75 crore collectively in order to enter the profit zone. By the look of things there is a good probability that it should turn out to be the case after all.

The Ajay Devgn and Emraan Hashmi starrer is collecting quite well in the single screens and though at multiplexes it anyways had a challenge due to the kind of genre it belongs, the good success of Shubh Mangal Savdhan as well as continued footfalls for Bareilly Ki Barfi are turning out to be some sort of a spanner. If not for these two films, Baadshaho would have been richer by around 10% at the least.