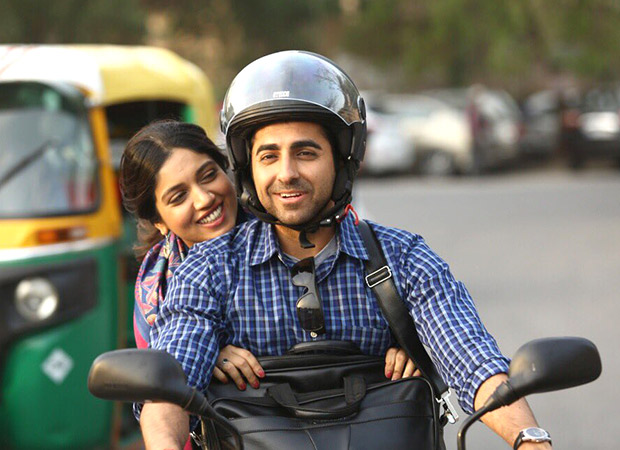 It is time for some 'mangal hi mangal' for Shubh Mangal Saavdhan, what with the film emerging victorious in a big way despite some all-around competition. If there was Bareilly Ki Barfi breathing down its neck already, parallel competition from a biggie like Baadshaho could well have been suffocating. Just when it seemed that it was settling down well, there was another comedy Poster Boys that stood in its way. This wasn't all as at least in the Mumbai region, Daddy could well have been a spanner in the plan.

However, none of it ended up disrupting the joy ride that the Ayushmann Khurranna and Bhumi Pednekar film is enjoying, what with collections turning out to be not just steady but also quite impressive. Not just that as in terms of the occupancy, it is enjoying the best times in theatres, what with steady footfalls all around leading to better crowds in theaters.

This can well be evidenced with the Friday collections being out:

Shubh Mangal Saavdhan has a lower count of screens and still the collections are on the higher side, hence emerging as a strong favourite amongst cine-goers. As was the trend last week, it is pretty much expected that this R S Prasanna directed film would jump big time today. In fact it won't be surprising at all if the trending allows this Krishika Lulla and Aanand L Rai film to see the best weekend numbers when compared to all other Hindi films in the running.

Now that would be quite some feat for the film which has already over 25 crore and is set to go past the 30 crore mark over the second weekend itself. A very good success already!