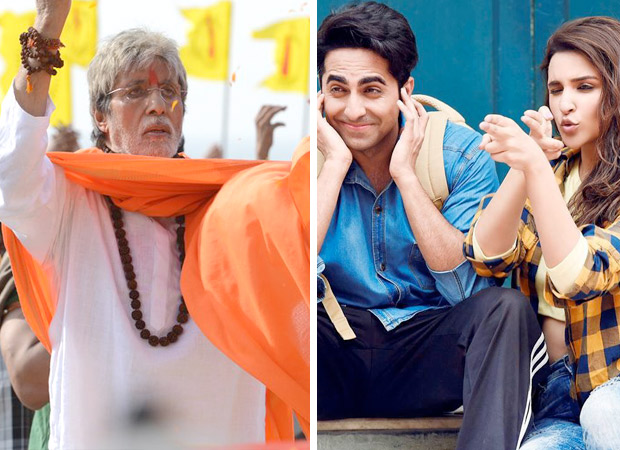 Both new releases of the week have failed at the Box Office. Sarkar 3 was expected to collect better due to the franchise factor and the combo of Amitabh Bachchan and Ram Gopal Varma returning with one of their more liked stories. However, audiences were just not interested and that showed in poor collections which read only Rs. 9.53 crore after one week. The film has been pulled off most of the properties in the second week and has turned out to be a forgettable outing.

While Amitabh Bachchan has quickly moved on to Thugs of Hindostan and 102 Not Out, one waits to see what does Ram Gopal Varma start next. For the filmmaker who has been around for nearly three decades, this could indeed be testing times to get a solid entertainer back in theaters.

As for Meri Pyaari Bindu, there was not much respite either despite lack of competition from the new release Sarkar 3. Yes, it did have to contend with Baahubali 2 [Hindi] but still in its own zone (i.e. with youth) it could have scored. However, that was not the case to be which reflected in the first week collections of a mere Rs. 9.20 crore. The film doesn't have much going for it in the second week now and with Half Girlfriend arriving in theaters, it would be the first choice for youth.

Ayushmann Khurranna still has a couple of more films to look forward to in 2017 - Bareilly Ki Barfi and Shubh Mangal Savdhaan. As for Parineeti Chopra, she has a biggie Golmaal Again in Diwali which should bring on sparks back for her.