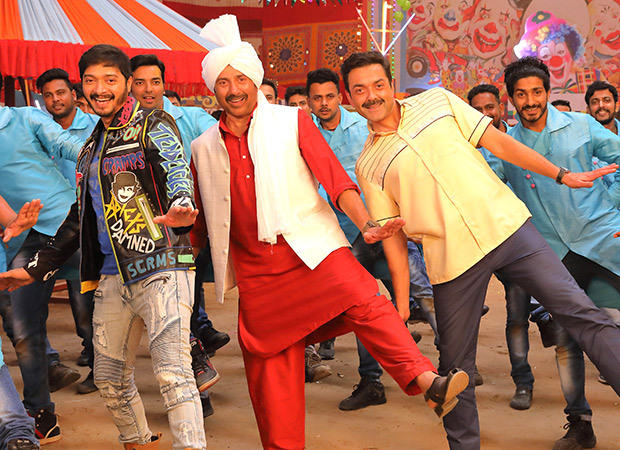 It is time for Deol brothers to come back on the big screen together, though not in yet another Yamla Pagla Deewana series. Though they have played brothers in films that they have done together, in this Shreyas Talpade directed (and enacted) film they are not related on screen. Remake of a successful Marathi film by the same title, Poster Boys is a comedy which could well be catering to the interiors.

The film's promo is decent though unfortunately there hasn't been any kind of follow through either in terms of dialogue or song promos. One would have expected the graph for the film to go up but surprisingly that hasn't really been the case. However, what works for the film is the inherent 'desi' flavor which is currently being grabbed by the masses. They are picking up things connected to the roots and considering the fact that Poster Boys too is as 'desi' as it gets, there could well be good turnaround for the film.

What it needs is some sort of a semi-decent start at least which means even a Rs. 3 crore opening day would give it some sort of a chance. Of late, there have been films like Shubh Mangal Savdhan, Bareilly Ki Barfi and Hindi Medium which have picked up well from an opening range of Rs. 2-3 crore and if Poster Boys has the right kind of content, it could well follow suit as well.