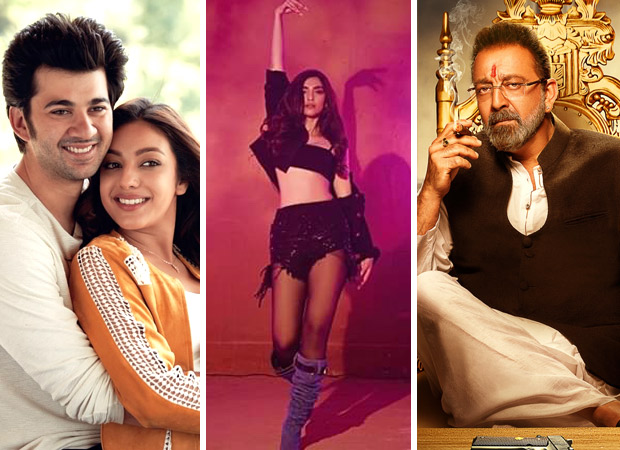 Pal Pal Dil Ke Paas has Sunny Deol launch his son Karan Deol and newbie Saher Bamba. He has given quite some effort to put together the film and now that it is releasing, all eyes are on how the debutants, especially Karan, turns out to be in front of the camera. The promo indicates a quintessential love story on the offering with romance, drama and light hearted moments in good measure. Music is the highlight of the film though with the songs being good in a uniform manner. The film is primarily catering to the youth.

The Zoya Factor has cricket as a background with the quirky theme of Sonam Kapoor playing a woman who turns out to be the lucky charm for the Indian cricket team. The film is based on a book by the same name and is set to be a light hearted entertainer. Dulquer Salmaan is the leading man who is returning to Bollywood after Karwaan. Fox Start Studios has adequately promoted this film which is targeted at youth.

As for Prassthanam, it is aimed at the masses with Sanjay Dutt, Jackie Shroff, Manisha Koirala and Chunkey Pandey coming together, hence reminding one of the 90s era when these actors used to work with each other. A South remake, the film is set as a hard-core dramatic affair with action in there as well.

Each of these three films would face competition from Dream Girl and Chhichhore though, both of which are doing great guns. The screens too would be divided between the new releases. As a result, one can’t expect a massive opening for any of these films. In fact if the combined collections of the three films turns out to be Rs. 10 crores, it would actually be a fair score. As of now, it would all boil down to how word of mouth comes into play which will allow one or more films to demonstrate growth during rest of the weekend.

“Please don’t insult me by simplifying my…