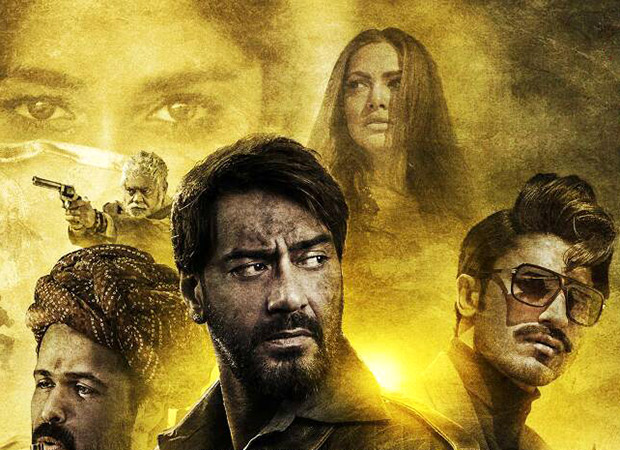 Back in 2010 when Ajay Devgn and Emraan Hashmi had come together with director Milan Luthria for Once Upon A Time In Mumbaai, the film was a good Box Office success. It opened well, sustained well and then collected well through its lifetime to emerge as a neat hit. Now that the trio is back with Baadshaho, there are expectations of a good entertainer all over again.

The film's promo lends a clear sense of a 'desi masala' entertainer in the offering that is rustic and rooted. Though the film is set in the 70s, its styling is contemporary which means it hasn't been presented as a retro flick. As added attractions, there are Vidyut Jammwal with Ileana D'Cruz and Esha Gupta as the leading ladies. The music is pleasant too which means in all, from the packaging perspective, the film has all the right ingredients.

However, in the times when audiences is waiting for word of mouth to allow decision making into catching a flick instead of just the star power, Baadshaho too would be relying on Saturday and Sunday jumps to reach towards a hefty total. From the opening day perspective, the film should start in the range of Rs. 10-11 crore. It could have been a couple of crore more but rains in Maharashtra are expected to play truant. Though situation has eased out in Punjab and Haryana, one needs to account for some dip in numbers there as well.

As is the saying though, nothing can stop a good film from scoring. Moreover, the stage is wide open as well for the film to perform since there isn't anything in the past that would prove to be a hindrance. If the film indeed manages to bring back the content, style and charm a la Once Upon A Time In Mumbaai, Bollywood could well have a biggie in store.