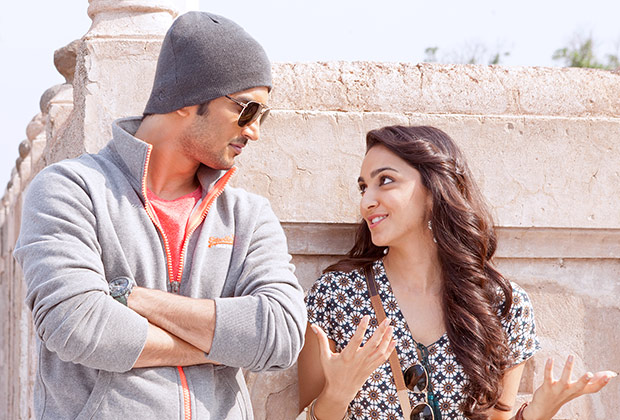 M.S. Dhoni - The Untold Story is continuing to bring in audiences in the second weekend as well. The film has now also gone tax free in Maharashtra and that is helping its cause too. With Rs. 5.20 crore more being added to its total on Saturday, the film has now entered the 100 Crore Club. Its overall collections are Rs. 103.4 crore and it is now expected that Rs. 110 crore mark would be touched before it enters the weekdays.

The film has to now challenge the Rs.128 crore total of Rustom and the fact that it is now the only notable film finding audiences should help its cause. It has three open weeks before Shivaay and Ae Dil Hai Mushkil arrives on Diwali. Though earlier this benefit was solely for Mirzya, the tables have turned as it is the Neeraj Pandey and Sushant Singh Rajput film that would gain the most.

Reason being that Mirzya has just not been able to captivate audiences. The film couldn't take a start and then there was no miracle on Saturday either. With Rs.2.10 crore coming on Saturday, the film's fate is pretty much sealed. If the Rakeysh Omprakash Mehra film has to carry any chance, it had to at the least double its (very low) Friday numbers (Rs.2.2 crore). Since Saturday has been nowhere close to that, there is just no leeway for the film to now see any turnaround. That's sad indeed.

On the other hand, the makers of Tutak Tutak Tutiya could well be thinking that they have a chance after all, considering the fact that the word of mouth from select audiences who have watched the film is not bad. A small film that was always dependent on word of mouth, it surprisingly saw a very sparse release too. However, with Rs.2 crore* in two days and no real competition from the other new release, it could well stay stable throughout the week to bring in some moolah.