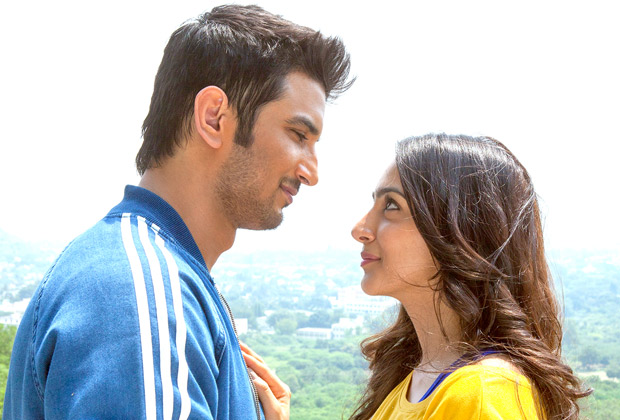 M.S. Dhoni: The Untold Story has done it. The cricketer, with good contribution from director Neeraj Pandey and actor Sushant Singh Rajput, has now turned out to be the first ever sportsperson to challenge Bollywood superstars in their own arena. After ruling the game for years, he has now taken the big screen by storm as well by setting huge records at the Box Office as well. His story has done the impossible by entering the league which has been monopolized by Khans (with Hrithik Roshan and Ajay Devgn chipping in as well) and setting records for the opening day numbers.

The film has amassed a huge Rs. 21.3 crores (Hindi, Tamil, Telugu) at the Box Office, hence entering the territory which otherwise has been dominated by the big guns.

This is how the Top-15 biggies stand as far as Day One records are concerned:

Out of these 15 films, 10 feature one of the three Khans [Salman, Shahrukh, Aamir] with only 5 non-Khan (Ajay has one, Hrithik has two, Sushant now has one and Ranbir has one film in there).

Now this is a huge feat in itself as the comparison of the Neeraj Pandey and Sushant Singh Rajput starrer is taking place with all time records of big guns, and the film is just on a different scale altogether when compared with the biggies that have arrived in 2016:

Clearly, Day One has belonged to the subject of M.S. Dhoni, the credibility of Neeraj Pandey and the marketing/promotion/distribution strategy of Fox (it was a masterstroke to release the film in 5000 screens). However, the man who is set to gain the most is Sushant Singh Rajput who has enthralled the audience with its act of perfection. He gave his heart, soul, and body to the film and from Monday onwards, it would be Sushant who would be talked about the most when it comes to his standing amongst the emerging stars. All said and done, if not for his brilliant act, the film wouldn't have been what it has turned out to be.