Just like, it has happened with so many mid-budget content driven films this year, even Jayeshbhai Jordaar has flopped in its opening weekend itself. During pre-pandemic, such kind of films at least survived till Tuesday before the final verdict was announced since there used to be good to very good growth over the weekend, Monday used to be somewhat stable and in fact a crash had to come in, it used to be on Tuesday. Here, with no growth coming over the weekend itself with Sunday numbers being Rs. 4.75 crores, the opening weekend has closed at Rs. 12 crores. 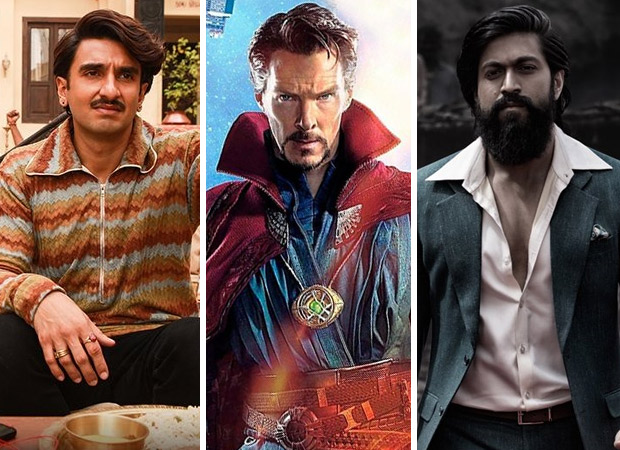 Doctor Strange in the Multiverse of Madness also played on a similar note over the weekend but with a cushion of Rs. 100 Crore Club entry behind it, there wasn't anything to worry for the Marvel superhero film. The film had a just about passable weekend with Sunday adding on Rs. 4.50 crores*. The collections are nothing to celebrate but then with the new Bollywood release doing as much too, theatres would take what comes their way. The film now stands at Rs. 113.24 crores* and Rs. 120 crores mark would be comfortably crossed by the close of the second week.

The movie which is giving very good returns to everyone who has invested in it is KGF: Chapter 2 [Hindi]. The collections stay on to be mighty impressive in the fifth weekend as well since more than Rs. 6 crores came in again. On Sunday, the film crossed the Rs. 2 crores mark again. That said, it's the last the Yash starrer has seen when it comes to collections in crores since from this point on the numbers may come down to lakhs. Still, with Rs. 427.05 crores already in its kitty, the makers won't be complaining.