Both Gold and Satyameva Jayate had a decent Sunday as they continued to bring in moolah due to footfalls from their target audiences. In the urban centres it was Gold that was the first choice as the film collected Rs. 4.75 crore more. On the other hand Satyameva Jayate held strong in the interiors with Rs. 4.32 crore more coming in. 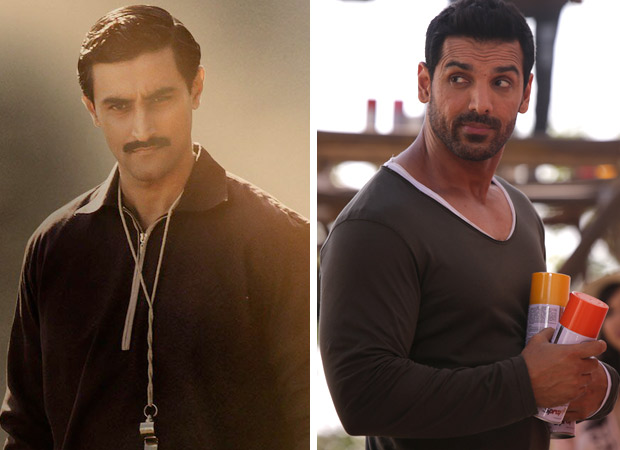 Of course a bigger growth for both the films was the need of the hour, especially since so since the start was so brilliant. When the Akshay Kumar starrer scored over Rs. 25 crore on the first day, one expected Rs. 100 Crore Club to be entered in a jiffy. However after 12 days the film's total is Rs. 99 crore.

Similarly the John Abraham and Manoj Bajpayee starrer too was off to a flying start with the first day in excess of Rs. 20 crore. Hence, now that the film is standing at Rs. 83.99 crore, one waits to see if the Rs. 100 crore total would be there for the taking eventually.

Nonetheless, the fact still remains that the month of August has yet again seen good bountiful of moolah accumulated at the ticket counters and now one waits to see if the trend would continue in September as well.