It was a good first week for Doctor Strange in the Multiverse of Madness as Rs. 103 crores* came in. This makes it one of the rare Hollywood films to score a century in India and even rarer one to do that in the first week itself. In fact is one looks at core Bollywood films, the only ones to have scored even a lifetime of over Rs. 100 crores are The Kashmir Files and Gangubai Kathiawadi. So if one looks at in perspective, it is good to see that at least a Hollywood film has come and scored well to keep the business of theatres going. 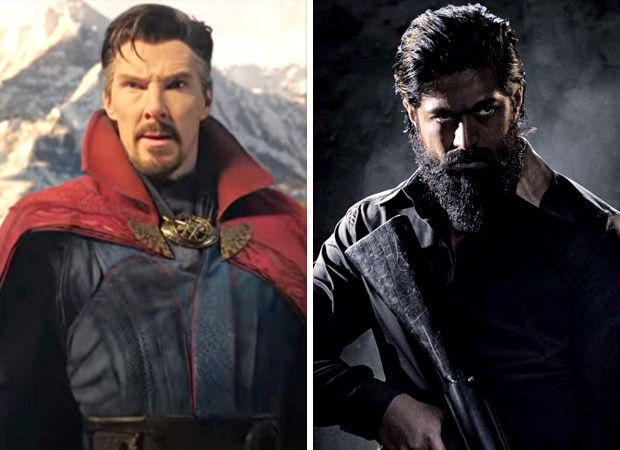 That said, there is still a tinge of disappointment here. Reason being that Doctor Strange in the Multiverse of Madness is one film that could have done even better. The manner in which it opened and then stayed well right through the weekend, it was racing towards the Rs. 125 crores milestone being crossed in Week One itself. Post that even a mighty drop would have allowed it to conveniently cross the Rs. 150 crores mark. However, things went wrong for the Marvel movie very early in the week as Monday collections went down heavily.

Post that too there was a constant decline in numbers right through the week, though thankfully not as massive as was the case from Friday to Monday. Yes, the film has done well enough to still make a case for the Rs. 125-130 crores lifetime but that would be it for the movie.

As for KGF: Chapter 2 (Hindi), it is not going away anywhere as the fourth week numbers stood at Rs. 22.75 crores. This is excellent again as the only other films to have scored better in their fourth week are Uri - The Surgical Strike and Baahubali: The Conclusion, both being much loved action affairs. Standing at Rs. 420.70 crores, the film will comfortably go past the Rs. 440 crores mark in its lifetime and then add some more as well. All time blockbuster.