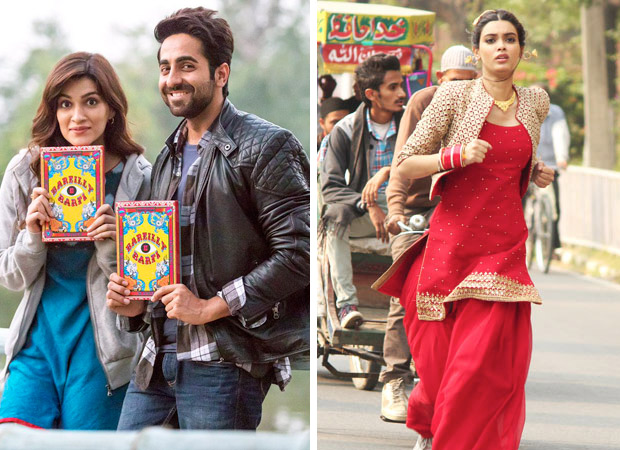 Exactly a year ago, Happy Bhag Jayegi had released. The film had taken an opening day of Rs. 2.32 crore and had eventually turned out to be a sweet little success.

Circa 2017 and Bareilly Ki Barfi has released with the opening day collections of Rs. 2.42 crore. The film has practically collected similar amount and the word of mouth too is on the same line as that of Happy Bhag Jayegi. That film still had relatively more known faces like Jimmy Sheirgill and Abhay Deol. Now Ayushmann Khurranna and Rajkummar Rao have come together with Kriti Sanon for this Ashwini Iyer Tiwary film and the makers would just be hoping that the eventual verdict turns out to be similar as well.

Film belonging to this genre, stage and setting come with their own limitations when it comes to the Box Office appeal, especially on the opening day. As a matter of fact it was expected that the first day would be in the Rs. 1.50-2 crore range and hence the number of Rs. 2.42 crore is pretty much above expectations.

If one compares the first day numbers of the film with other movies belonging to similar setting, this is how Bareilly Ki Barfi stands:

As is apparent, the film is just below Dolly Ki Doli and that film had Sonam Kapoor in the lead with Rajkummar Rao as the common element. That film too had seen decent growth over the weekend and had brought in Rs. 10.76 crore. One now waits to see how much distance does Bareilly Ki Barfi cover though indications are that this number should be quite achievable considering the fact that the word of mouth is decent to good.