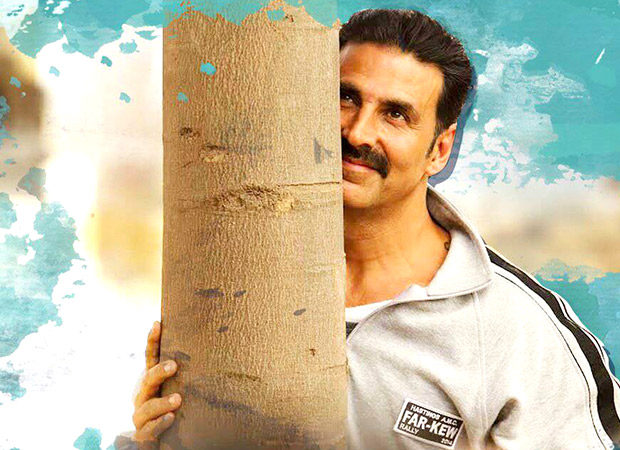 Toilet - Ek Prem Katha held well on its second Friday too to bring in Rs. 4 crore. The film has now collected Rs. 100.05 crore in just 8 days and with this has turned out to be yet another addition to the Rs. 100 Crore Club. To think of it, the film had seen an opening day of Rs. 13.1 crore and with this kind of start you don't really score Rs. 100 crore in such quick time. However, positive word of mouth coupled with two huge days [Sunday and then Tuesday - both bringing in Rs. 20 crore or more] has allowed this Shree Narayan Singh directed film to make huge inroads.

Leaving aside Baahubali 2 [Hindi] (which was a dubbed release) and Tubelight (which was a disaster), it is exactly five months after Badrinath Ki Dulhania that a Hindi film has managed to go past the Rs. 100 crore mark and emerge as a good success. It pretty much conveys how the Akshay Kumar starrer has brought to halt a very bad phase that Bollywood was going through. If not for interim successes like Hindi Medium, Sachin - A Billion Dreams and Half Girlfriend followed by much liked Mubarakan, it would have been a very dry phase for Bollywood. However, Toilet - Ek Prem Katha has managed to emerge much better.

All eyes are now on how much bigger does the film eventually turn out to be. It is not as much of a free run that one expected for it over the second weekend since Bareilly Ki Barfi is actually finding a fair share of audiences while Hollywood flick Annabelle: Creation is keeping audiences engaged too at the multiplexes, especially in the urban centers. This has opened up three way choice for the audience. That said, Toilet - Ek Prem Katha would still have the biggest days though these could have been even bigger if not for the competition.