It was an extremely dull day at the Box Office on Monday as less than Rs. 2 crore came in between all the Hindi films in the running. The only one which is collecting some sort of moolah is Badhaai Ho as Bhaiyaji Superhit fell further on Monday whereas Thugs of Hindostan is pretty much over and out. As for AndhaDhun, some footfalls are still being evidenced. 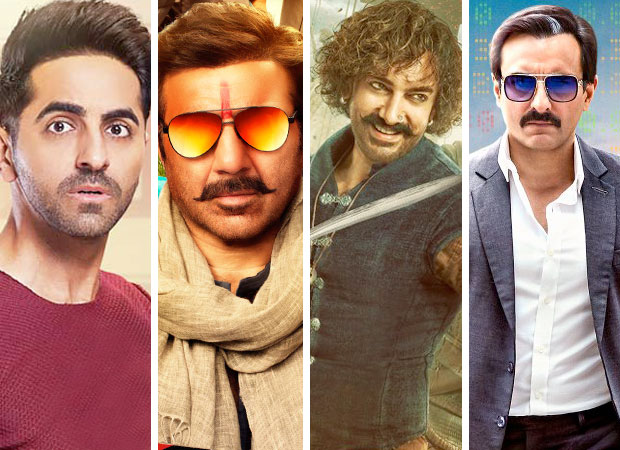 Badhaai Ho collected Rs. 70 lakhs* more and that is a reasonable drop from Friday numbers of Rs. 1.05 crore. A Blockbuster, it has collected Rs. 133.05 crore* so far.

After its fifth weekend, Baazaar has accumulated Rs. 27.84 crore so far. Below average.

After its seventh weekend, Tumbbad too is collecting at some screens and currently stands at Rs. 13.48 crore. Below average.