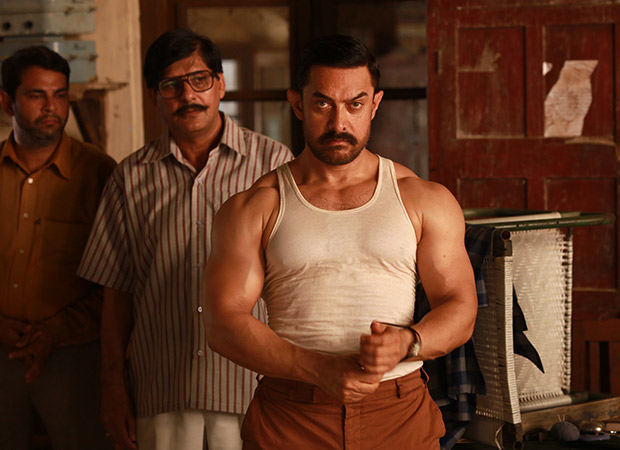 Yet another day, yet another record! Dangal has now done the unthinkable. In 11 days flat, it has now gone past the lifetime of one of the All Time Blockbusters of Bollywood in the current times, Dhoom 3. The fact that both films are Aamir Khan starrers and the record has been broken in three years itself is a feat that would be celebrated for quite some time to come. The film collected Rs. 13.45 crore more on Monday and if one adds this to Rs. 271.24 crore that had already been accumulated till Sunday; the film has now reached Rs. 284.69 crore. With this, the lifetime total of Dhoom 3 [Rs. 284 crore] is now history.

The next target for the film is Sultan [Rs. 301.5 crore] and that would be surpassed by tomorrow. With a series of All Time Blockbusters under his belt, Aamir Khan has also dispelled the myth that he caters primarily to the class segment. The respect and reach that he has amongst the masses as well as classes is something huge and that has been evident after back to back successes of 3 Idiots, Dhoom 3, PK and now Dangal.

One just wishes though that he does more films now. The fact that he does an average of two films every three years may result in high curiosity value but then the industry would benefit immensely if he makes at least one film every year. That would keep the money churning within the system as well. As is the case with 2016 too, he would be seen only in a special appearance in Secret Superstar and then it would be a wait of more than a year before he comes back with Thugs of Hindostan on Diwali 2018. A superstar of his stature could well do everyone in the supply chain a favour if he picks up more assignments!