It’s official! Actor Suriya has opted out of director Bala’s upcoming movie Vanangaan. While several media reports were making rounds on the internet, Bala’s official statement on the matter has made it crystal clear that the duo will not be working on the forthcoming film together. On Sunday, the director shared a statement, in which the filmmaker announced that the actor would not be associated with the project after certain changes in the script. 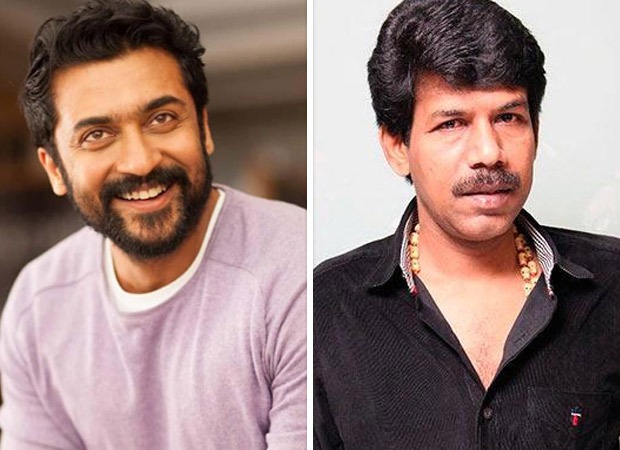 Suriya opts out of Vanangaan; director Bala says, “This is done for the greater good”

In a note, written in Tamil, Bala explained further and revealed that the changes done were “unsuitable for someone like Suriya”. The translation of his Tamil note reads, “I wanted to direct a new movie called Vanangaan with my younger brother Suriya. But due to some changes in the story, I now have doubts whether this story will be suitable for Suriya. He has full faith in me and this story. It is also my duty as a brother that I should not cause even a small embarrassment to my younger brother who has so much love, respect and trust.”

Before signing off, he added, “So, both Suriya and I have decided that it is in the best interests of everyone involved that he should opt out of the project. In fact, Suriya was very upset about this decision, but this is done for the greater good of my brother.”

Concluding his statement, Bala said, “The Suriya I saw in Nandha and the Suriya you saw in Pithamagan will definitely join us in another moment. Otherwise, the shooting of Vanangaan will continue.” In his note, the filmmaker stated that it was "discussed and unanimously decided" that Suriya will withdraw from Vanangaan. He also mentioned that they will “definitely” collaborate in the future. 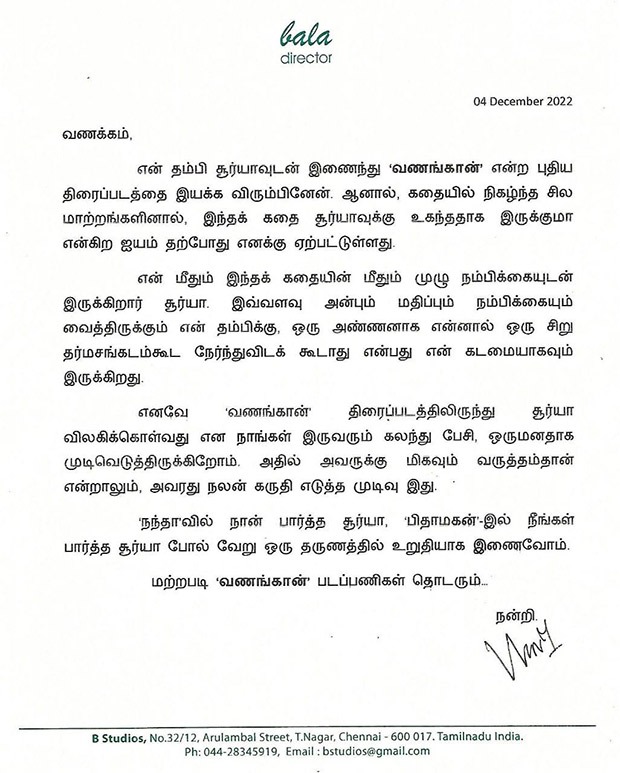 On the other hand, Suriya has not spoken on the matter, as of now.