Adivi Sesh has always maintained that the HIT franchise is going to be a long-lasting one as Sailesh Kolannu is keen on developing it like a franchise. Now dropping a hint is KD aka Adivi, who essayed the role of a laid-back cop hunting down a dangerous serial killer in the recently released Hit: The Second Case. The actor shared a photo with producer-actor Nani and actor-director Vishwak Sen on social media. 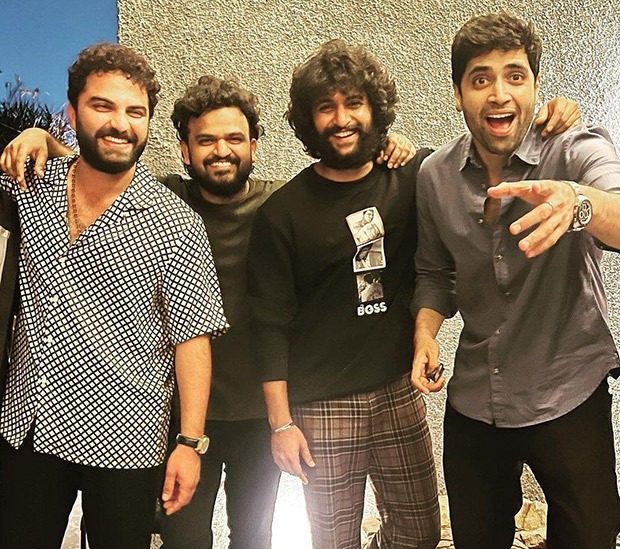 HIT 3: Adivi Sesh drops a hint about the next HIT film with this Nani, Vishwak Sen and Sailesh Kolanu photo

Readers would be aware that Vishwak Sen played the role of an intense cop Vikram, dealing with a past trauma, in the last release Hit: The First Case. Now that the second one too has been released to rave reviews, the makers are soon planning to jump to the third film in the franchise. Interestingly, South actor Nani, who is also the producer of the franchise, is expected to be seen in the third instalment. He will be seen in the role of a cop named Arjun Sarkar. Hinting towards the same, Hit 2’s KD aka Adivi Sesh took to Instagram to share a photo with the director and the two actors, along with a caption that read, “VIKRAM. X KD. X SARKAAR HIT heroes shall come together soon. When @saileshkolanu?”

In an exclusive interview with Bollywood Hungama, Adivi Sesh had confirmed that he is indeed a part of the next film in the franchise but didn’t divulge many details about his role in the film. However, speaking about the franchise, the actor had said, “I think that's his, vision. I am just an actor in his film. Also, I think it's a very special DNA that Sailesh has within his psyche to make a film like this. It is so procedural yet he can make it work for the big screen.”