Last Updated 01.12.2022 | 3:00 PM IST
feedback language
follow us on
Bollywood Hungama » News » South Cinema » Ponniyin Selvan: Kamal Haasan reveals that Rajaraja Chola could not be a Hindu king because the religion was non-existent in that era

Ponniyin Selvan aka PS-1, the Tamil historical drama, released to rave reviews. Boasting of an ensemble cast with names like Vikram, Karthi, Trisha, and Aishwarya Rai Bachchan being associated with it, the film has been mounted on a large scale. While superstars like Kamal Haasan and Rajinikanth has appreciated the efforts behind the film, the Vikram actor had an interesting anecdote to share about the era in which the film was based on. Some of them may be aware that South filmmaker Vetrimaran had commented on how the portrayal of Rajaraja Chola as a Hindu king in PS-1 was wrong. Supporting him was the Tamil superstar who also added that the term ‘Hindu’ was non-existent during that era. 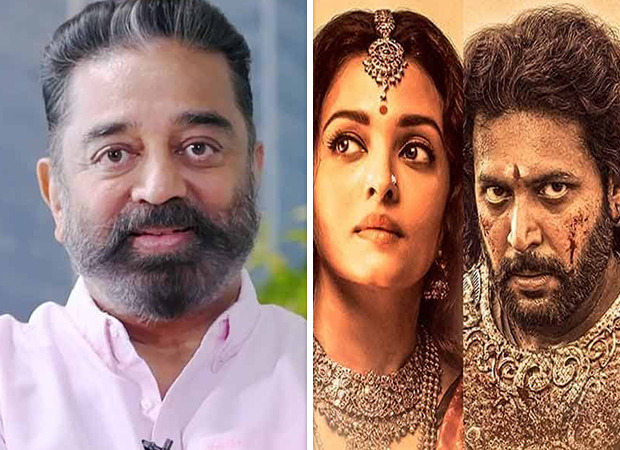 Ponniyin Selvan: Kamal Haasan reveals that Rajaraja Chola could not be a Hindu king because the religion was non-existent in that era

Ponniyin Selvan is set against an ancient backdrop and is an adaptation of the Tamil novel written by Kalki Krishanmurthy. PS-1 features Rajaraja Chola as a Tamil Hindu king, which according to Vetrimaaran and Kamal Haasan was not a concept that existed during these historical times. Speaking about the film, the South filmmaker had said at an event in Chennai, “The art is for the people, and reflecting the people is the art. So we should properly handle this art form if we don’t… already many of our identities are being erased. Be it cladding Thiruvalluvar in saffron, or presenting Rajaraja Cholan as a Hindu king, such things keep happening (in our society). This will also happen in cinema and many identities are (already) removed from the cinema. We should protect our identities,”

Supporting the statement, Kamal Haasan responded to it at a recently held press conference saying, “There was no such thing as ‘Hindu religion’ during Rajaraja Cholan’s period. There was Vainavam, Shivam and Samanam, and the Britishers gave us that name (Hindu) as they didn’t know how to refer to us collectively.” He added, “We had different religions. It was Adhishankarar in the 8th century who established Shanmata Sthapana. That’s all history and we should not talk about that here. Because we are celebrating a historical film! Let us not exaggerate or twist history or bring language issues into this.”

Interestingly, at a press conference held in Mumbai, filmmaker Mani Ratnam had revealed that he had first offered Ponniyin Selvan to Kamal Haasan and that they had kicked off the project. But unfortunately, the same couldn’t materialize. The superstar had unveiled trailer with his friend and co-star Rajinikanth.

Also Read: Rajinikanth calls up Jayam Ravi to appreciate his performance in Ponniyin Selvan 1; actor shares about the phone call on Twitter