Prime Video recently announced the global premiere of its first Telugu Original Movie, Ammu, which will be releasing on October 19. With filmmaker Karthik Subbaraj as the Creative Producer, produced by Kalyan Subramanian and Kaarthekeyen Santhanam of Stone Bench Films, and written and directed by Charukesh Sekar, the film is a drama thriller that is an empowering story of a woman who rises like a phoenix in the face of adversity. 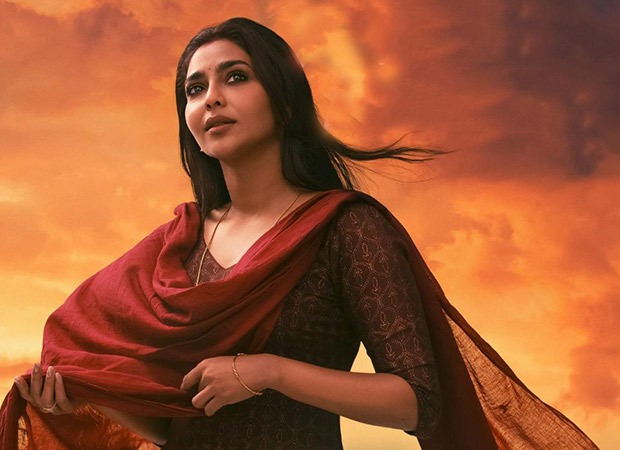 Ammu traces the thrilling transformation of a woman from being a victim of domestic violence to overcoming her internal conflicts, discovering her inner strength, and giving a big payback to her abusive husband. Aishwarya Lekshmi plays the titular role in the movie alongside Naveen Chandra and Simha in the lead. Prime members in India and over 240 countries and territories can stream Ammu in Telugu along with Tamil, Malayalam, Kannada, and the Hindi language dubs on the service.

The first look was revealed by directors such as Karthik Subbaraj, Vineeth Sreenivasan, Kiranraj, and Tharun Bhascker and championing Ammu’s message of empowerment actors Sai Pallavi, Manju Warrier, Samyuktha Hegde unveiled the launch date. “Ammu is special for us for several reasons. Not only is it our first Telugu original movie, a landmark we are thrilled to have crossed; but it is also an important and relevant story that focuses on the strength and resilience of women,” said Aparna Purohit, head of India Originals, Prime Video.

“It also cements our next collaboration with Karthik Subbaraj, after Putham Pudhu Kaalai and Mahaan. Ammu features terrific performances by our lead cast, Aishwarya Lekshmi, Naveen Chandra, and Simha. We, at Prime Video, are excited and proud to bring this story to our audiences, not just India, but across the world,” she added.

Kartik Subbaraj shared, “Ammu, as a film, is more than just a revenge thriller. The movie is rooted in drama, laced with the unpredictability of life that will keep the viewers on the edge of their seats. It is fantastically performed by some of the industry's finest - Aishwarya, Naveen, and Simha who have given it their all. I applaud Charukesh Sekar for bringing this gripping and important narrative while keeping intact its emotional core and I am thrilled that with Prime Video we are able to take this movie to customers around 240 countries and territories.”

Ammu is a part of Prime Video’s festive line-up for the Great Indian Festival 2022 which kicked off on September 23. The line-up also includes several other original series and movies across multiple languages.