SS Rajamouli's upcoming film RRR is one of the most anticipated films of the year. Early in January this year, the makers had announced that they have commenced the shoot of the climax of the film with lead actors Ram Charan and Jr NTR. 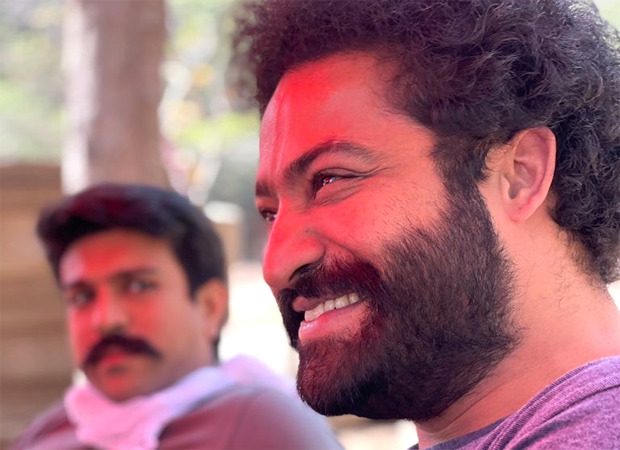 While the shoot continues for the big climax, the makers of the film shared two pictures of the lead actors unwinding on the sets of the films after a practice session of the climax. In the picture, Ram and Jr NT seem to be engaged in a conversation. Both actors are sporting casual wear in the picture.

Sharing the pictures, the makers wrote, “Unwinding in the midst of vigorous practice sessions for THE CLIMAX!! Star-struck #RRRMovie #RRR #RRRDiaries”.

Unwinding in the midst of vigorous practice sessions for THE CLIMAX!! ???? #RRRMovie #RRR #RRRDiaries pic.twitter.com/OXqHkh4sUc

RRR will see Jr NTR and Ram Charan essay the role of freedom fighters Komaram Bheem and Alluri Seetharamaraju respectively. Ajay Devgn plays their mentor and he completed his shoot earlier. Alia Bhatt will be seen playing the role of Sita and had shot for her parts in December.

Directed by S.S Rajamouli and bankrolled by DVV Danayya under the banner of DVV Entertainment Banner, RRR is a period drama that narrates a fictional take on the younger days of celebrated freedom fighters Komaram Bheem and Alluri Seetharamaraju. The film will be released on October 13 in Telugu, Hindi, Tamil, Malayalam, and Kannada alongside several other Indian languages.