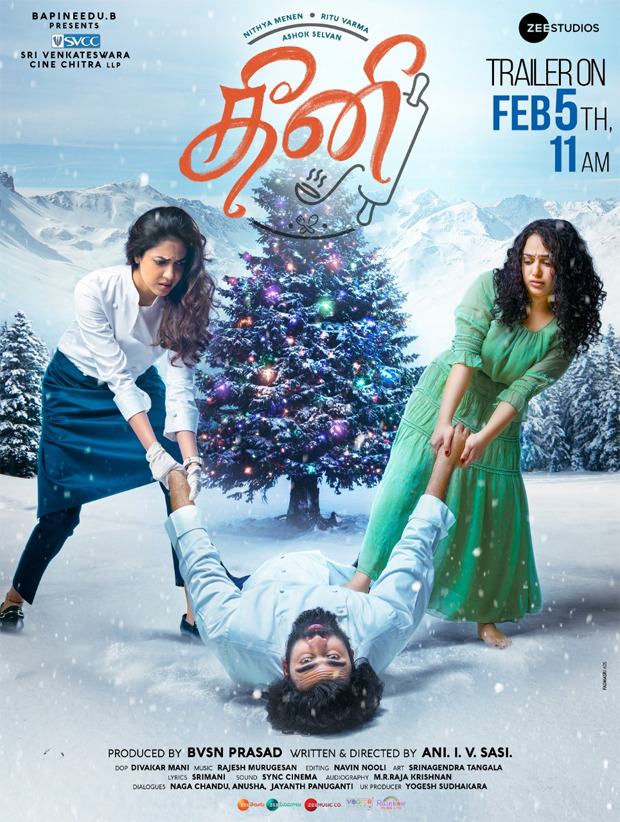 South cinema has been quite the rage and has received a great response with an open welcome from mainstream moviegoers. Thanks to ZeePlex's pay per view platform, audiences can now enjoy theatre-style entertainment from the comfort of their homes. This first C2H model in India, allows viewers to pay only for those films and shows that they want to watch rather than getting all the available content.

Presented by Bapineedu B, the movie is written and directed by Ani. I. V. Sasi. The movie narrates the story of Dev (Ashok Selvan), who is overweight and a marvelous chef, suffering from muscle spasms and insomnia. He happens to join a 5-star restaurant in London where he meets Tara (Ritu Varma) and Maya (Nithya Menen).

While Tara is his co-worker suffering from OCD, is the absolute opposite of Dev, and Maya, on the other hand, is a bubbly, chirpy girl with childish antics. Together, they enable him to see what is beyond, thereby taking us on a journey of what is a rather interesting romantic comedy. With interesting characters, a city abroad, and Christmas, the movie promises to be a feel-good watch.