Ever since there have been reports about the makers kicking off KGF Chapter 2, there have been many speculations about the film. Considering the way the Yash starrer received a positive response across the world, it has also been surrounded by several speculations as reports try to constantly bring up a new Bollywood connection. We all know that KGF is presented by Excel Entertainment, founded by Farhan Akhtar and Ritesh Sidhwani. Besides this, there have been reports stating that the film will also have Sanjay Dutt and Raveena Tandon playing an integral role. In a recent update, we hear that Raveena may essay the character of Indira Gandhi. 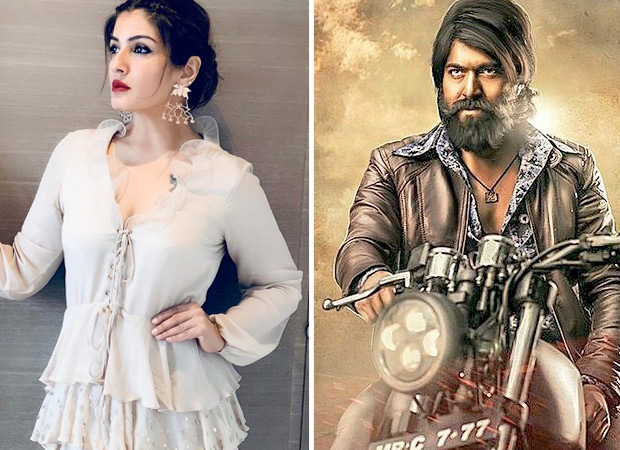 Current reports suggest that Raveena Tandon will essay a rather interesting role inspired by real life in the second instalment of Kolar Gold Fields. She will be portrayed as Indira Gandhi in KGF Chapter 2. However, there has been no confirmation on that front. It seems that the makers are planning to make an announcement soon.

Coming to the film per say, the prep for KGF 2 has already kicked off. In earlier reports, actor Yash has confessed that the sequel will indeed be bigger and better. He also added that he can’t wait to unleash the monster!

We all know that KGF Chapter 1 was turned out to be one of the biggest hits of Sandalwood industry in recent times. Hence we all know that KGF Chapter 2 too is riding high on expectations. While the film is expected to retain its leading lady Srinidhi Shetty, we hear that new additions have been made to the cast. If that wasn’t all, Yash had also confirmed that Sanjay Dutt was indeed approached for the film but there has been no progress on it since then!

Also Read: Raveena Tandon – Sanjay Dutt may be brought together in the KGF sequel