The first look of the National Award-winning actress Keerthy Suresh's look from her upcoming film was unveiled today on the occasion of her birthday. The yet-to-be-titled film directed by Nagesh Kukunoor will see the actress in a de-glam avatar and will be essaying the title role in the film. 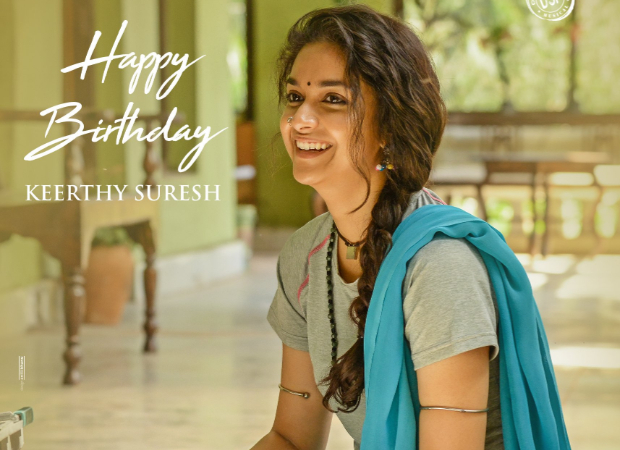 The film’s production house, Worth A Shot Motion Arts took to its Twitter handle to share the special look poster of Keerthy Suresh and wrote, “Presenting our golden girl in her true element. So excited to introduce her to you. No makeup & hairdo – just Keerhty. Happy birthday superstar!”

The first look and title of the film will be announced on Diwali. The film also marks the directorial debut of Nagesh Kukunoor in the Telugu film industry. The final schedule of the film will commence from November 11 in Hyderabad.

Also starring Aadhi Penisetty and Jagapathy Babu in other lead roles, the plotline of the film is set in the backdrop of a sport. Devi Sri Prasad is on board to score the music for the project while Chirantan Das of Tanu Weds Manu fame is cranking the camera. Sudheer Chandra Padiri and Shravya Varma are jointly producing the movie while Dil Raju is the presenter.

Also Read: Ajay Devgn and Keerthy Suresh wrap up the second schedule of Maidaan in Mumbai