Yash became a household name after his release KGF [Kolar Gold Fields] became much talked about film last year. KGF Chapter 1, despite being a South venture, managed to capture the attention of audiences across the country for its extensive sets and adrenaline pumping action. In fact, it also had a Bollywood touch with Ritesh Sidhwani and Farhan Akhtar producing the film under the banner, Excel Entertainment. Along with the stupendous success of his last release, Yash is also enjoying his family life with the arrival of his daughter a few months ago. Now we got a glimpse of the little angel when his wife Radhika Pandit shared a photo of her on Instagram. 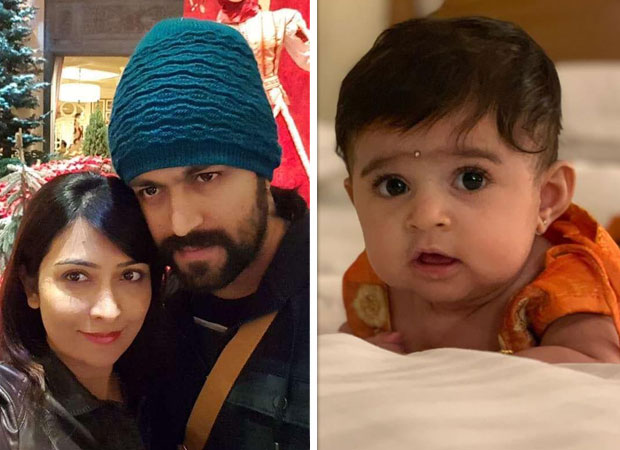 KGF star Yash’s wife Radhika Pandit took to Instagram on the auspicious occasion of Akshaya Tritiya which was earlier this week to share a picture of their daughter. Yash and Radhika became proud parents to a baby girl in December, coincidentally during the release of his film KGF Chapter 1. In her caption, she also revealed that they are yet to name her and are in the process of finding a name. While they currently call her ‘baby YR’, we say they will definitely find a name that will be as adorable as their daughter. Here’s a look at the post:

Presenting to u all, our precious bundle of joy! We haven't named her yet, so till then let's call her 'baby YR' for now! ♥️ Do give her all your love n blessings!! #radhikapandit #nimmaRP

On the other hand, Yash will soon get busy with the shoot of KGF Chapter 2. The actor started shooting for the same two months ago and there are many speculations about the film doing the rounds. It is being said that Bollywood actors Sanjay Dutt and Raveena Tandon will be a part of the film but there hasn’t been any official announcement on the same.

Also Read: Raveena Tandon – Sanjay Dutt may be brought together in the KGF sequel