Earlier we had reported that Sunny Leone will be making her Mollywood debut and it will be with none other than megastar Mammootty in Madhura Raja. Although she didn’t play his leading lady in the film, she was seen in a special dance number in the film that released in April this year. The makers of the film have now released the entire video of the song ‘Moha Mundiri’ from the film on the internet and fans are going gaga over Sunny’s hot avatar in this peppy number. 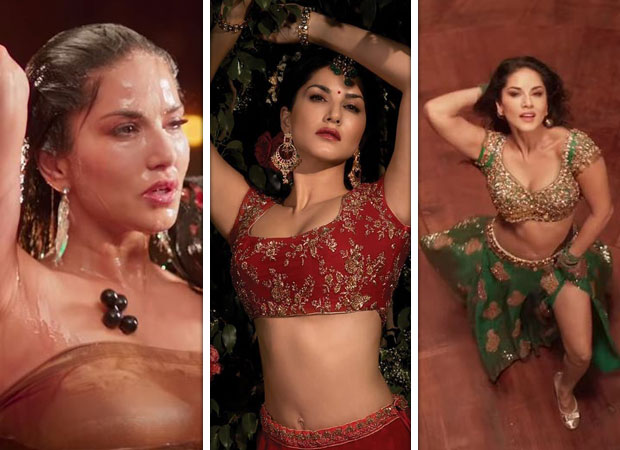 Featuring Mammootty in his Madhura Raja avatar, the song is a dance number that will see Sunny Leone sporting colourful ghagra choli as she dances her heart out in ‘Moha Mundiri’. If that wasn’t all, the fun number also features some portions where she is seen sitting near Mammootty. While the actor enjoys a high star status in Kerala, Sunny too is expected to enjoy quite a bit of fan following down South. Fans are obviously thrilled to witness the video of the song on the internet now! Here’s the video of the said song:

Sunny Leone had earlier shared her happiness of collaborating with Mammootty. While she had dedicated an Instagram post to the megastar, she had also shared another post where she was equally thrilled to share the response of the audiences reacting to the Mollywood dance number ‘Moha Mundiri’ when the film released last month in theatres. Here’s a look of the same:

Thank you @mammootty and thanks a lot to all the fans who showed mad love for the film !!!! Love you all!!! XoXo #Madhuraja ???? #SunnyLeone

On the work front, Sunny Leone is currently busy shooting for the TV show Splitsvilla. She is also expected to make her full-fledged acting debut down South in Veeramadevi which is a period drama that will release in Hindi, Tamil, Telugu, Malayalam and Kannada.