Amidst her Batti Gul Meter Chalu and Uri schedules, Yami Gautam is taking out time for her fitness love. The actress, in fact, is trying to spend some quality time doing something that she loves and has found a passion for dancing. And to be more specific, she has taken a keen interest in pole dancing. 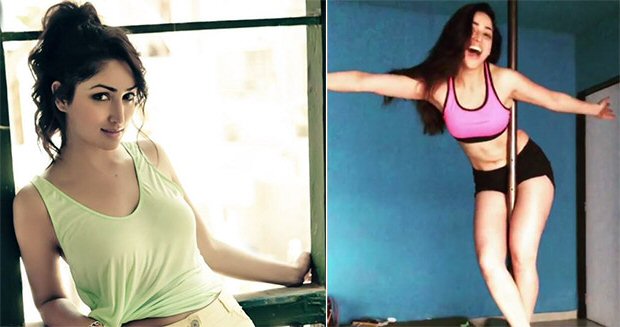 Many actors, in the past, have expressed their love for pole dancing, including Jacqueline Fernandez, who started getting associated with it when she started it for one of her films. She has maintained it to be a part of her fitness regime. Similarly, now Yami Gautam too is practicing pole dancing quite frequently. In fact, this is her second class with the celebrity pole dance instructor, Arifa. If the video is anything to go by, then we can see that the actress is thoroughly enjoying the process.

A source close to the actress confirmed the same, saying, “It clearly seems like the actress has the knack for this extremely difficult exercise/dance form and she does it effortlessly.” Yami Gautam shared the video on her Instagram page saying, “Tough is an understatement, love for this however is overwhelming !! Can't wait to swirl again ?? #poledancing #secondsession #evidentlynervous #throwback ?? P.S - @aarifa.pole.burnt reminds me to smile as well.”

Tough is an understatement, love for this however is overwhelming !! Can't wait to swirl again ???? #poledancing #secondsession #evidentlynervous #throwback ???? P.S - @aarifa.pole.burnt reminds me to smile as well ????????

Amongst her next projects, Yami Gautam will be seen playing a lawyer in Batti Gul Meter Chalu which also stars Shahid Kapoor and Shraddha Kapoor. The film has already gone on floor with the actress kicking off the shoot for the same.

On the other hand, Yami will also be playing the female lead in Uri which will feature her opposite Vicky Kaushal. The actress will essay an action packed role of a RAW agent. Furthermore, the film, which has already gone on floor in Serbia, will see her sporting a short hairdo in the film.

EXCLUSIVE: "I have lived with the script of…