Arjun Kapoor is obsessed with taking jibes at Katrina Kaif and does not leave one chance to indulgently poke fun at her through his posts on social media. After all the dandruff debate on Katrina’s super-hot photo-shoot, he has come up with one more gem. So, Arjun currently went boating with little sister Anshula Kapoor and posted a hilarious caption just for his friend Katrina, the word play here is KILLER. With an ‘Oar’ in his hand he wrote, “Teri Oar Teri Oar Teri Oar hai Rabba !!! It’s the 2.0 version just for u @katrinakaif (an early birthday present from me) !!! @akshaykumar #vipulshah @ipritamofficial #aneesbazmee #singhisking #kapoorisalsoking #fooling_around.”  Atleast this is better than him commenting on one of her Insta stories, “U got dandruff Katrina" And in the next one he had said, "And now ur ALL CLEAR. Good job Katrina...” 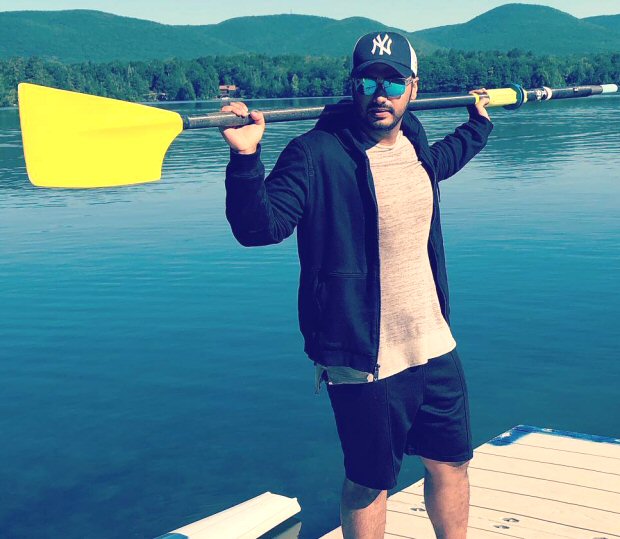 For those who don’t know, Katrina has a pretty chilled out friendship with Varun Dhawan and Arjun Kapoor. On an episode of Koffee With Karan, she had teased them that the two boys actually have a Katrina Kaif hate club that she is aware of. Of course, she was just kidding. It just shows how close she is to the boys. We wonder if she would appreciate Arjun’s birthday gift for her!

On the professional front, Arjun Kapoor will be next seen in Namaste England with Parineeti Chopra which is set to Dussehra release. The film is helmed by Vipul Shah.

Also Read: Here’s why Arjun Kapoor and Katrina Kaif may not work together