Last year, we had reported that Bombay Talkies collaborators, namely Zoya Akhtar, Dibakar Banerjee, Anurag Kashyap and Karan Johar, are coming for Lust Stories. The four short films will be a modern take on relationships and it will be available on streaming giant, Netflix. In Karan Johar's film, Vicky Kaushal and Kiara Advani are leading the cast of the anthology series. 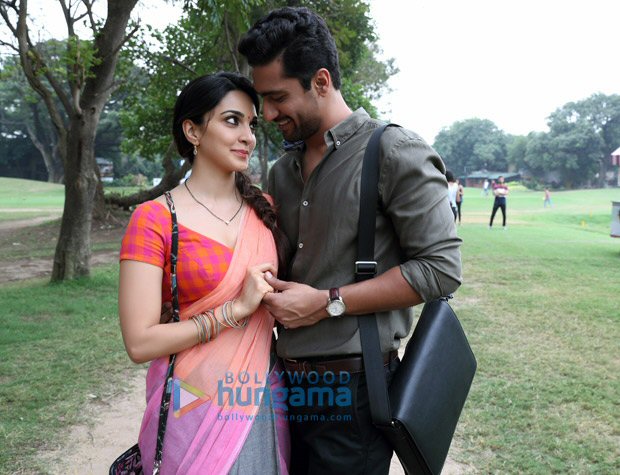 Now, we have exclusive stills from the upcoming anthology series featuring Kiara Advani and Vicky Kaushal. The on-screen pair looks much in love as a newlywed couple. With simple dressing, the new stills show them in being cosy and in love. Set in Lucknow, Ice Cream is a coming of age story of Megha, an independent young woman seeking happiness in her life. 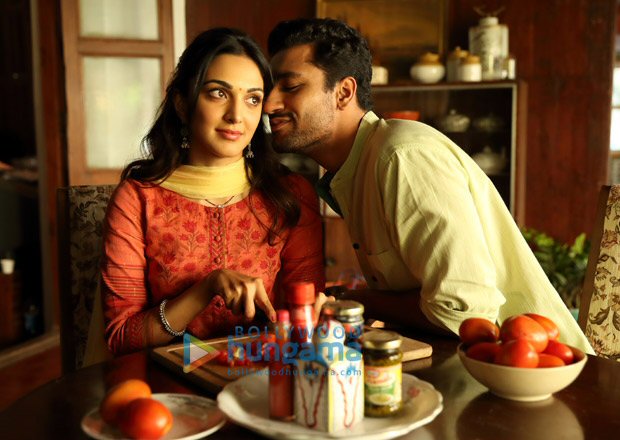 The four short films are being produced by Ronnie Screwvala and Ashi Dua. Speaking on his production, Ronnie Screwvala said in a statement, “Lust Stories – four short films that deal with real life relationships in modern India and brought together as one film brilliantly under a common theme by Anurag, Dibakar, Karan and Zoya is a perfect premiere for global audiences on Netflix. Diverse global audiences will discover, engage and enjoy this movie.”

Besides Kiara Advani and Vicky Kaushal, the Karan Johar directorial is also said to star Neha Dhupia in a prominent role. Interestingly, producer Ronnie Screwvala recently collaborated with Netflix for another of Vicky Kaushal film, Love Per Square Foot.

Also Read: EXCLUSIVE: Chhupa Rustam duo Sanjay Kapoor and Manisha Koirala back together on screen after 13 years for Lust Stories!