Anil Kapoor will be seen with one of his favourite co-stars Madhuri Dixit after almost two decades in the forthcoming Total Dhamaal. Audiences may recall that the said film has already gone on floor with the actors kick starting the shoot in full swing. Now that, Anil has started shooting for the same, in a recent incident, the actor shared a post that merely left his fans surprised. 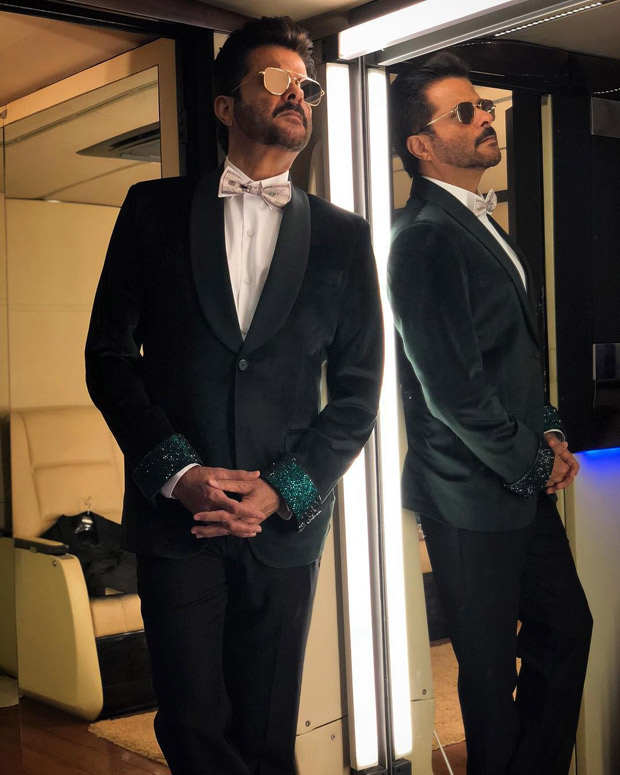 Reason? Well, fans of Anil Kapoor may be aware that the actor likes to look at himself whenever he comes across a reflective surface. While many in Bollywood are said to have that habit, Anil has never had any qualms about accepting it in the past. In fact, the actor has confessed about it in the past to the media. But this time around, his new image showcased him looking away from the mirror.

Anil Kapoor took to social media to share this image and also spoke about how he forced himself to look away from the mirror after he caught himself admiring multiple times. “Me looking away from the mirror when I’m caught admiring myself for the 5th time after getting ready! An actor is always ready for the camera! Some vanity Dhamaal on the sets of #TotalDhamaal! Back to doing what I do best! #ActorsLife #SundayMood,” posted Anil on his Instagram.

Just a few days ago, we had reported that Anil Kapoor and Madhuri Dixit will recreate their 90s chemistry in a song that has been shot for the film. Speaking about Total Dhamaal, the film, as reported before, has undergone extensive change in its cast compared to his other two instalments. Besides Anil and Madhuri who have joined this comedy franchise, Ajay Devgn plays the lead role in the film.

Besides him, the film also stars Arshad Warsi, Javed Jaaferi, Ashish Chowdhry among others. Directed by Indra Kumar, it is slated to release on December 7.

Also Read : Here’s how Harshvardhan Kapoor and Anil Kapoor will be prepping for Abhinav Bindra biopic