Alia Bhatt, who was last seen in Kalank, is increasingly becoming the Gen Y icon and the reason is not just her unique choice of films but also the new fitness goals that she is setting! Well, we have received quite a bit of glimpses of her fitness regime in the past wherein she is seen promoting a healthy living. And this recent video of the actress will only boost up your spirits and will leave you inspired to hit the gym! 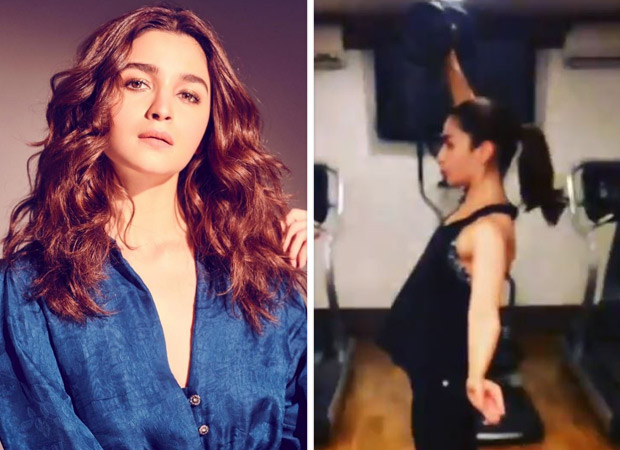 Sohrab Khushrushahi’s fitness franchise recently shared a video of Alia Bhatt exercising on their official Instagram page. The said video featured the actress practicing weight lifting and she managed to complete deadlifting 60kgs. The post appreciated the actress for her go-getter attitude and for being someone who is never afraid of doing something new! Here’s a glimpse at their post!

There’s something about this one. Quite the example for any person out there. @aliaabhatt just never gives up and she is never afraid to try something new. For someone who wasn’t lifting weights 3 months back to (a) doing her first dumbbell power snatch yesterday and doing it pretty well; and (b) deadlifting 60 kgs (@priyankarkapadia she’s thrown the ball back in your court) - you’ve been quite the rock star student. It’s been a pleasure getting to know and work with you the past few months. Lots and lots of work to do but the start has been amazing. Keep working as hard as you have been and the rest will take care of itself. #sohfit #bethebestyou

On the work front, her last film Kalank with Varun Dhawan and a host of other celebrities failed to meet expectations. The actress will next be seen in Brahmastra alongside her real life beau Ranbir Kapoor. She will also be starring in Takht alongside Kareena Kapoor Khan, Ranveer Singh, Janhvi Kapoor, Bhumi Pednekar, Vicky Kaushal and Anil Kapoor and she has been signed on for films like RRR and the Salman Khan starrer Inshallah.

Also Read: THIS is what Alia Bhatt thinks about Kalank failing at the box office