Just a day ago we had reported that Shah Rukh Khan shared a video of him rapping on social media. In the said video, the superstar was seen creating awareness about the right to vote urging his fans, followers and Indian citizens to vote in the forthcoming elections 2019. Now the actor has received appreciation from our current honorable Prime Minister Narendra Modi. 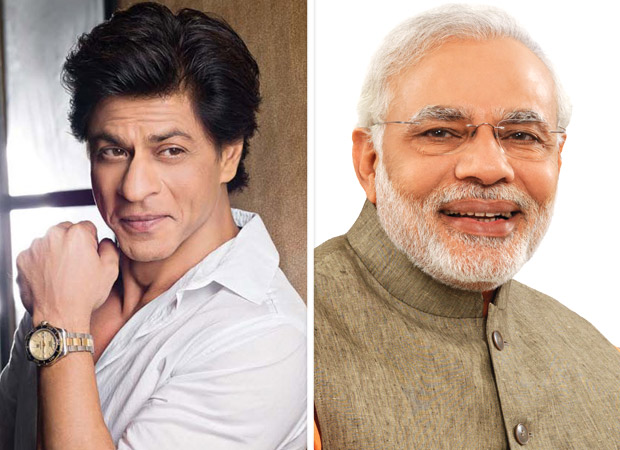 Shah Rukh Khan collaborated with music composer Tanishk Bagchi for the said rap video wherein he had also tagged PM Narendra Modi. Now the latter has taken to the same platform and has replied to the post on Twitter saying, "Fantastic effort, Shah Rukh Khan! I am sure the people of India, especially first time voters will pay heed to your appeal and come out to vote in large numbers.”

I am sure the people of India, especially first time voters will pay heed to your appeal and come out to vote in large numbers https://t.co/y2OLgrwOOS

Shah Rukh Khan had earlier tweeted his YouTube rap video saying, “PM sahib @narendramodi ne creativity ki liye bola tha. Main thoda late ho gaya video banane mein...aap mat hona Vote karne mein!!! ‘Voting is not only our Right, it is our Power.’  Please Use It.” This video was made after Narendra Modi urged the superstars of Bollywood including Amitabh Bachchan and Karan Johar to request the citizens of India to vote in the forthcoming films.

Because...its all about loving your democracy (and strengthening it). :)

The said rap video ‘Karo Matdan’ was produced by his production house with lyrics written by Abby Viral.