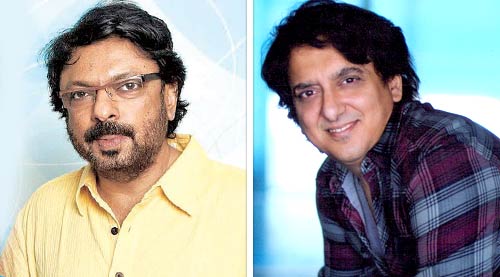 Now this is a war that one least saw coming but some last moment decisions are threatening to make that happen indeed. Though Sajid Nadiadwala had many months ago declared plans for his Phantom to arrive on April 3rd, Sanjay Leela Bhansali has joined the fray as well by announcing his Gabbar for the same date. That has shocked many in the industry.

"First and foremost Sajid had made the announcement first. Secondly, Akshay and Sajid are very good friends, and hence the clash is out of question. Thirdly, two big films coming on the same date is out of question, considering so much is at stake and screens come at a premium. Moreover, both films belong to action-drama-thriller genre. This just can't be happening," an insider comments.

Since Nadiadwala is not the one who is known for getting into any confrontations with fellow colleagues and Bhansali appears to have made up his mind when it comes to long drawn plans of his release dates, one hopes Akshay rises up to the occasion and brings an end to this clash, before it becomes a topic of unnecessary debates, conflicts and eventually bad blood.

"Akshay is a senior actor and he should be driving this to an amicable conclusion," a veteran trade guru comments, "He is someone who thinks with an open mind and is least controversial too. Since he is a producer too, he realises that so much is at stake. He has good personal relationship with Nadiadwala while with Bhansali too he has delivered a huge success, Rowdy Rathore. I am sure he won't allow this clash to take place."

Considering the fact that Baby is arriving in January and Phantom had booked the slot well in advance for April, will Gabbar move ahead to a later month now? Guess we would know once Akshay brings the mighty men together and helps resolve the deadlock.