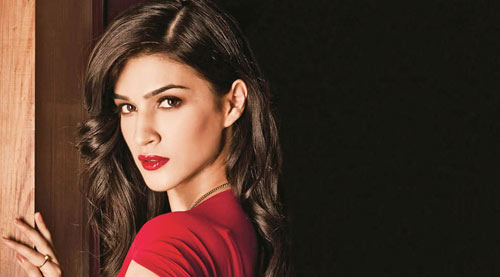 It has become a national debate after all. And the irony is that it is in response to the backlash that a video put by a national newspaper has received. While Deepika Padukone brought the issue to fore, she has seen support coming from all quarters. While quite a few celebrities have gone ahead and made their displeasure clear about the 'news' being made out of Deepika's 'cleavage show' when the fact of the matter is that she was on the move (and not really 'posing' for the shutter-bugs), everyone from a thinking woman (Kalki), an enterprising filmmaker (Krishika Lulla) and a newcomer (Kriti Sanon) is supporting her.

Krishika Lulla - They have not spared me who is not so famous, so you can imagine how things would be for Deepika Padukone. It's very sad that Indian mentality still remains the same. They wait to just attack.

Kriti Sanon - I am glad that Deepika reacted that way. It's really a shame how easily media disrespects women to sell what they believe is "news". This isn't the first time something like this has happened. Many cameramen, while recording an interview, zoom towards thighs or cleavage, especially when a girl is getting up from a chair to capture what they call "her oops moment". You will find so many such videos online which have been captured during an interview. Also, at events if by chance a person doesn't realize that an innerwear is showing in lights, it's not something to talk or tell the world about! It makes me sick!

Kalki Koechelin - I'm sure Deepika did so with a reason; she's a sensible person

Meanwhile filmmaker Vivek Agnihotri, who is known to be quite vocal when it comes to matters related to films, politics and media in general, goes on to add - "All of us are in a marketplace selling ourselves. Everyone is crossing lines depending on which side of the line you are on. As far as this newspaper is concerned, it's a popcorn paper. I don't take it seriously which I should. About Deepika, I must say she is not about cleavage. She is about spine. Bravo Deepika."