A viral video of actors Kartik Aaryan and Kriti Sanon dancing to a popular Holi song has emerged on social media. The two can be seen dancing enthusiastically to the song ‘Balam Pichkari’ featuring Deepika Padukone and Ranbir Kapoor from the film Yeh Jawaani Hai Deewani. 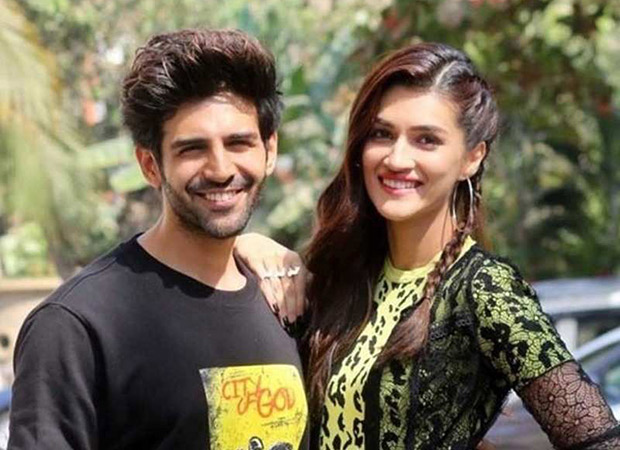 Kriti is seen in a glittery top and short skirt while Kartik is seen in a white t-shirt and jeans combo. The actors are in the company of two others in the video and all four are seen doing the hook step from the song.

Kartik Aaryan and Kriti Sanon starred together in the 2019 film Luka Chuppi. The makers of the film had announced the sequel to the film a few months ago, and the film will deal with the complexities of a divorce in a family set-up.

On the other hand, Kartik Aaryan is currently shooting for Anees Bazmee's Bhool Bhulaiyaa 2 and Collin D'Cunha's Dostana 2. Meanwhile, Kriti Sanon recently wrapped up the shoot of Mimi.