While the country is busy celebrating the festival of colours today, actor Kartik Aaryan will be shooting in Lucknow for his upcoming film Bhool Bhulaiyaa 2. The actor had earlier shared a picture of himself in the flight on the way to Lucknow. He had a mask around his mouth and arm cast as he had recently suffered an injury. 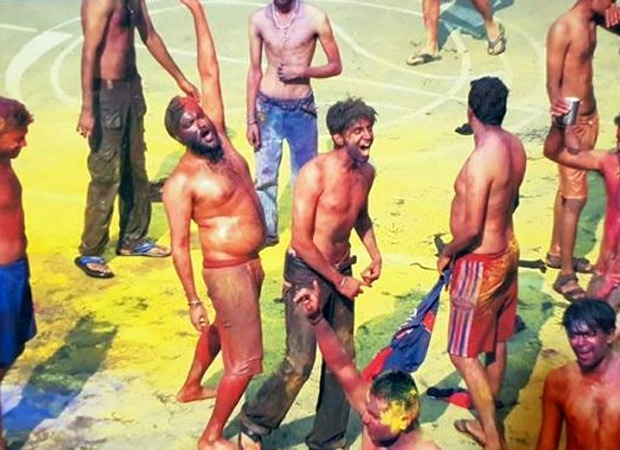 Well, looks like the actor did not get to play Holi this year. He took to his Instagram handle to share an old picture of himself enjoying the festival. He shared a picture from his hostel days where he played Holi with his friends. In the picture, a shirtless Kartik can be seen filled in colour.  Sharing the picture, he wrote, " Bura na mano Holi hai. #HostelKiHoli. Always been a shy guy. Aur yahan Anees sir khelne hi nahi de rahe #BhoolBhulaiyaa2 #shoot #HappyHoli"

Bhool Bhulaiyaa 2 also stars Kiara Advani. The team of the film wrapped the previous schedule of the film in Jaipur and have started the new schedule in Lucknow. Many filmmakers and actors have warned their followers from avoiding crowded places on the occasion of Holi to keep themselves safe from the coronavirus outbreak. Some filmmakers have even postponed their shoot in view of the outbreak.