The evergreen Kajol has always been one of the most favourite actresses of all time. While her onscreen characters have been pretty interesting, Kajol is always outspoken and pretty much does what she always likes. As Karan Johar often says, Kajol is loud and noisy at all times. But, that doesn't stop the actress from being herself which is why she happens to be a fan favourite. 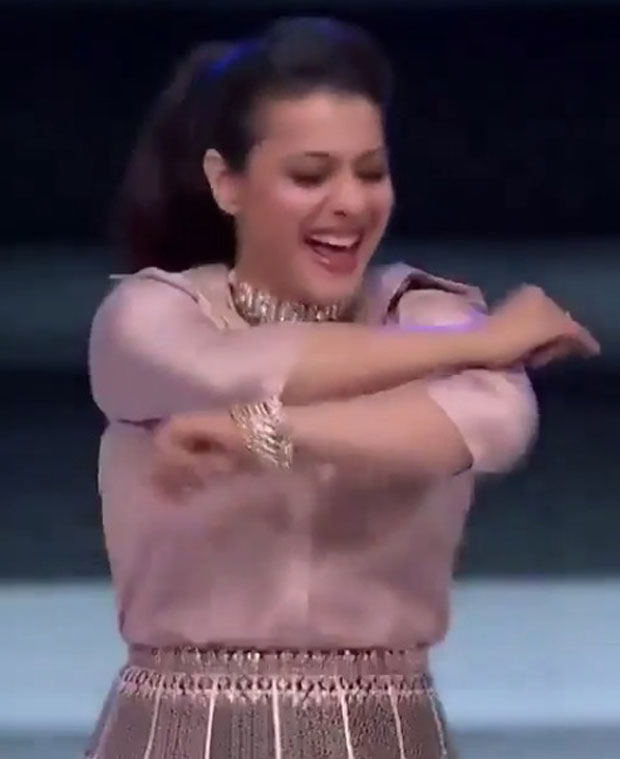 Kajol is currently promoting her upcoming film Helicopter Eela and reached the sets of Dance Deewane. The actress got around to meeting several contestants and even danced 'Yeh Ladka Hai Deewana' from Kuch Kuch Hota Hai with a kid contestant. Besides this, she even recreated her hit track 'Yeh Kaali Kaali Aankhen' from Baazigar with choreographer and judge Tushar Kalia. And we must say, Kajol pretty much made everyone nostalgic about the good old 90s.

Helicopter Eela is an adaptation of the renowned Gujarati play Beta Kagdo. The actress will reportedly play an aspiring singer who is also a single mother. It is produced by Kajol’s husband Ajay Devgn and Jayantilal Gada (Pen India Limited) the film. The film will release on October 12, 2018.

Also Read: This is how Kajol’s next got its title as Helicopter Eela